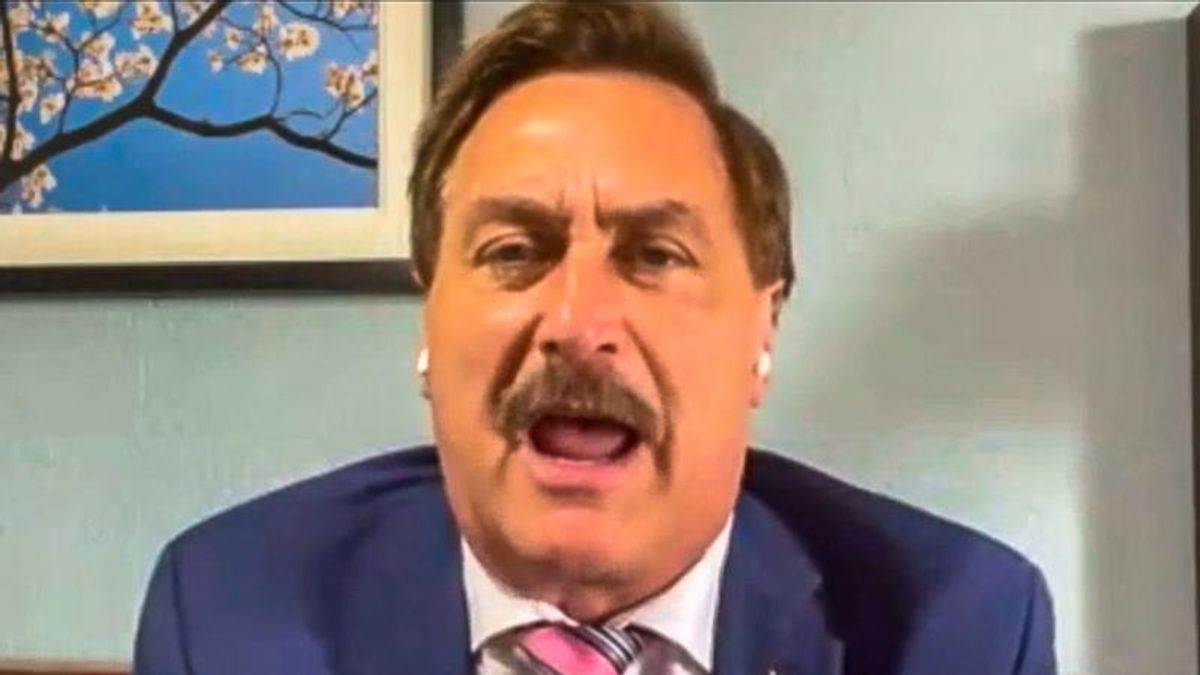 MyPillow CEO Mike Lindell complained on Thursday that he has failed to attract attention to his cyber symposium after offering a $5 million bounty to anyone who can prove that his data is not from the 2020 election.

Lindell has repeatedly claimed that the data captured from the 2020 election will prove that Donald Trump defeated President Joe Biden.

During an interview on Real America's Voice, host Steve Bannon asked Lindell why the mainstream media has ignored his $5 million challenge.

"It's probably both," Lindell complained. "I think it scared the mainstream media because now they don't want to give it any publicity at all. They don't want to talk about it. But I've got news for them. One of the things yesterday, we started sending out invites and it's been an amazing response, especially by the politicians."

But Lindell refused to reveal the names of the people attending his August cyber symposium.

"The media is going to have to come around, Steve," he insisted. "They're just very afraid, going, 'Now what are do we going do? He's actually going to show the evidence we knew he had all along.'"

Lindell also predicted Trump would be reinstated as president in September despite previously saying there would be a new inauguration in August.

"We have a replacement system for the machines that we're going to unveil at the symposium," he told Bannon. "Let's fix the problem of the 2020 election, Donald Trump will be back in by the fall, and then we have a whole solution for the 2022 election."