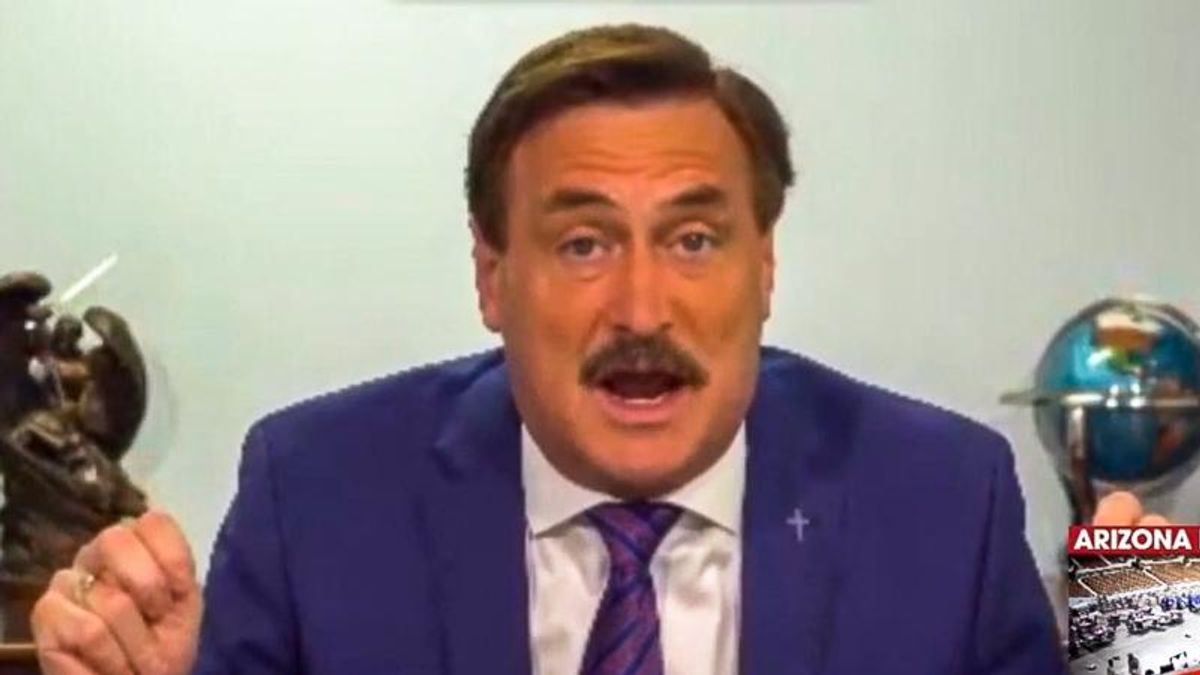 Lindell said that "any cyber guy that's got credentials in the country, we're going to bring them there."

"It's going to be unpacking the packet captures," he said, referring to alleged evidence of election fraud.

"I want to have congressman there, I want to have senators there," Lindell continued. "Everybody can get there. Then once we show all the cyber guys and they can ask their questions and they're all going, 'Wow!' It's going to be like showing them a spaceship. You haven't seen anything like this. This is a miracle."

"This whole country is going to go, we've got to get this to the Supreme Court and get this [election] pulled down," he predicted.

"And also have the American people come in and they can watch it like a gladiator fight," Bannon said. "This is like Gladiator 2. This is the sequel we always wanted. Mike Lindell and his cyber gladiators."

Bannon also asked Lindell if Chinese Communist Party officials would be invited to the event since he has accused the Chinese government of conspiring to hack U.S. voting machines.

"Would you be open to having the people that you've accused of basically stealing this election, the Chinese Communist Party -- would you be open if they were officially authorized to be in the United States to be there?" Bannon wondered.

"Absolutely," Lindell replied. "They can sit right next to [Georgia Gov.] Brian Kemp and [Arizona Gov.] Doug Ducey in the front row."

"It's put up or shut up," Bannon said. "You're going to have your experts and you're prepared to be totally humiliated on global TV because you're inviting every expert in the world."

"This is the miracle, Steve," Lindell insisted. "This is what God has done for our country when we get out there and be one nation under God again. This can be the biggest uniting of our country ever, whether you're a Democrat or a Republican or what you are, boom, against a common enemy, the CCP that used the Democratic Party to steal our election and invade our country."