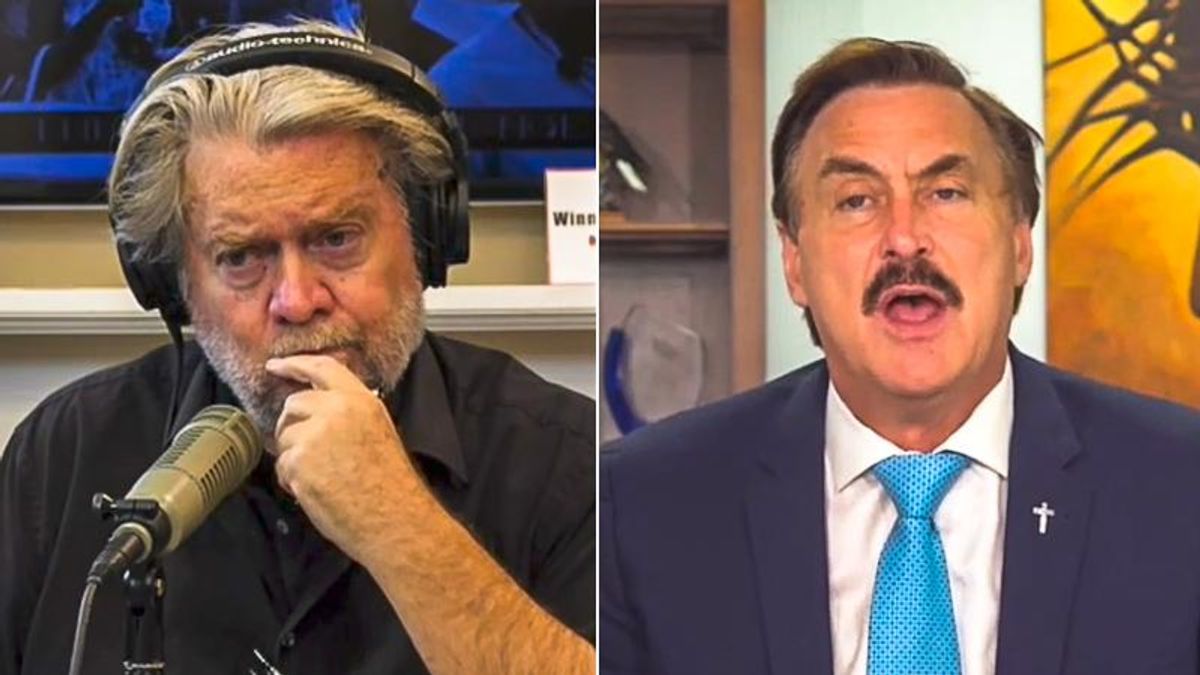 MyPillow CEO Mike Lindell scrambled on Wednesday to defend his alleged data from the 2020 election after a cybersecurity expert claimed that he had won a $5 million challenge by disproving the legitimacy of the data.

The Security Institute's Bill Alderson told KSFY that he had attended Lindell's so-called "cyber symposium" earlier this month and determined that the data was not from the 2020 election.

Lindell was asked about Alderson's analysis during a Wednesday appearance on Real America's Voice with host Steve Bannon.

"Has one of the cyber guys, one of the hostiles that were there, have they filed for the $5 million?" Bannon wondered. "Is that fake news?"

"That just came out," Lindell admitted. "He says he's going to deliver papers to my attorney. My attorney reached out to me. They're looking into that."

The pillow executive went on to suggest that Alderson had examined the wrong data.

"The whole rumor going around the symposium was that this data is not from the 2020 election," Lindell complained. "Well, the whole challenge was [to] validate data from the 2020 November election."

"It had nothing to do with my data," he added.

For his part, Alderson insisted that he followed all of the rules for Lindell's $5 million challenge.

But programmer Harri Hursti, who also attended the symposium, said that he doubts Lindell will ever pay up.

“While in Sioux Falls we were firmly told that $5M 'offer' has been withdrawn and off the table. I am more than interested to demand my share if there is a way to do that. The challenge document seems to attempt to force disputes to arbitration and tries to block class action," Hursti explained to KSFY.