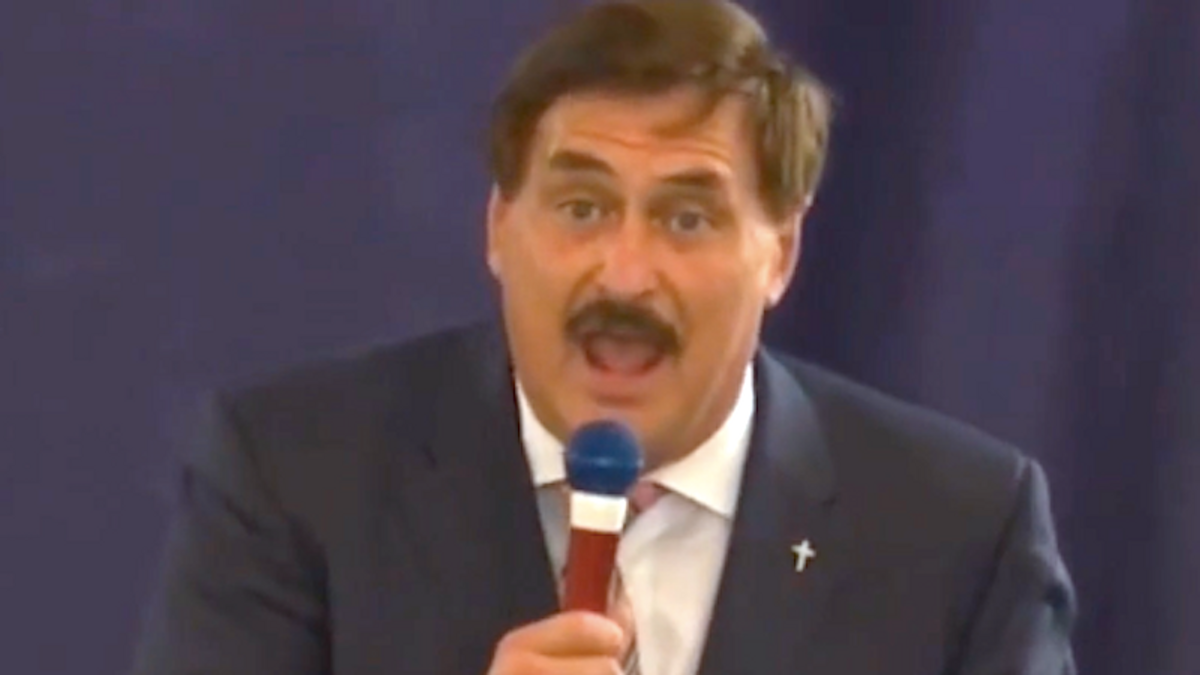 Lindell claims the election was somehow stolen using "packet capture" technology, and he told fellow conspiracists the proof would soon be undeniable.

"We're bringing in all the cyber guys," Lindell said. "They're going to be there, then we're bringing all the media -- maybe even Fox will show up, what a concept -- and then we're going to bring in all senators, governors — even the corrupt ones, Brian Kemp — and legislatures, secretary of states, and every single government official that wants to be there, because when we show them these packet captures, we're going to just give them out to all them cyber guys so they can have their own guy go, 'How many votes were flipped here in Tampa?' Here you go -- boom."

"It's going to be a worldwide event," he added. "Millions are going to see it, and those Supreme Court justices are going to look at it then, and they're going to go 9-0 that this country was attacked. The election is going to come down. Donald Trump will be in office by this fall, for sure."