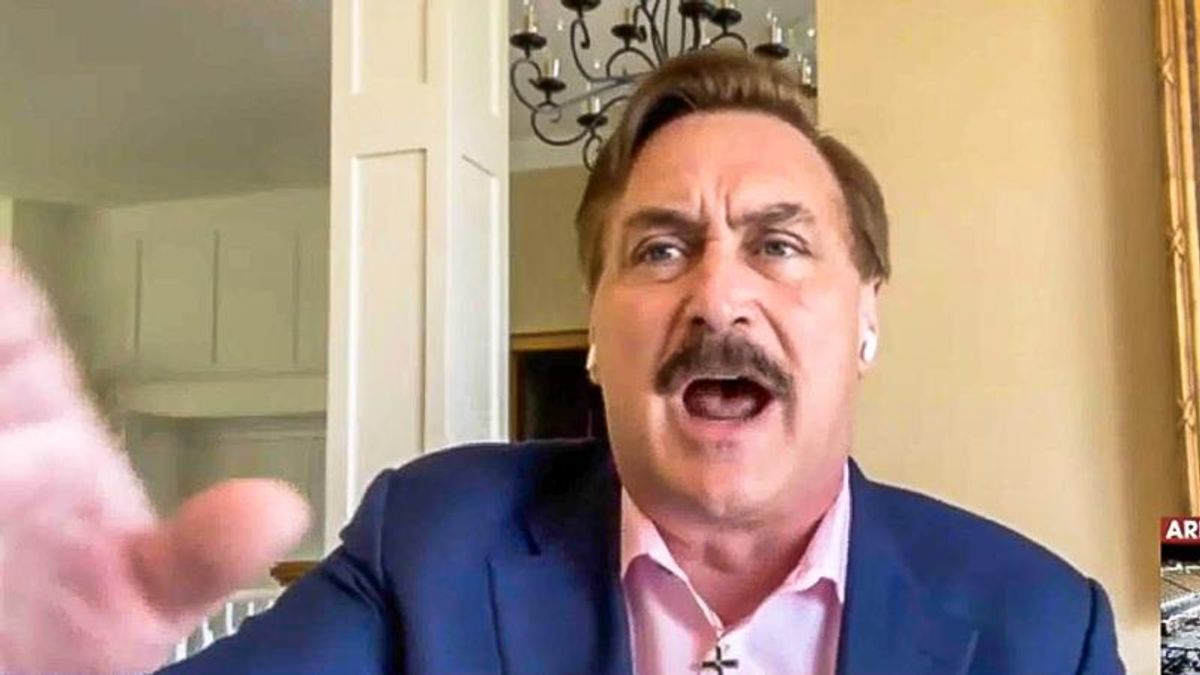 MyPillow CEO Mike Lindell predicted on Wednesday that the U.S. Supreme Court will unanimously overturn the 2020 presidential election and send former President Donald Trump back to the White House.

Lindell made the remarks during an interview on Real America's Voice News after host Steve Bannon noted that Trump allies had lost in court over 60 times while opposing the outcome of the 2020 election.

"We're going to have attorney generals [sic] from many different states behind us," Lindell said, laying out his plan for victory. "I don't even want to name what we're all doing with those."

According to the MyPillow CEO, the Supreme Court did a "good thing" when it refused to hear an objection to the election results.

"If you're a Democrat over here, you're going, 'Wow, look at that, it was 7 to 2. Those conservative judges, they're fair judges,'" Lindell opined. "Because they think they've won over here. There's people that actually still think Biden won."

"So when we get there and they do take this down and look at it, when that vote comes out 9 to 0, they're going to have more trust that it's 9 to 0," he added. "Wow, even the liberal judges did this. And we will get that case before the court."