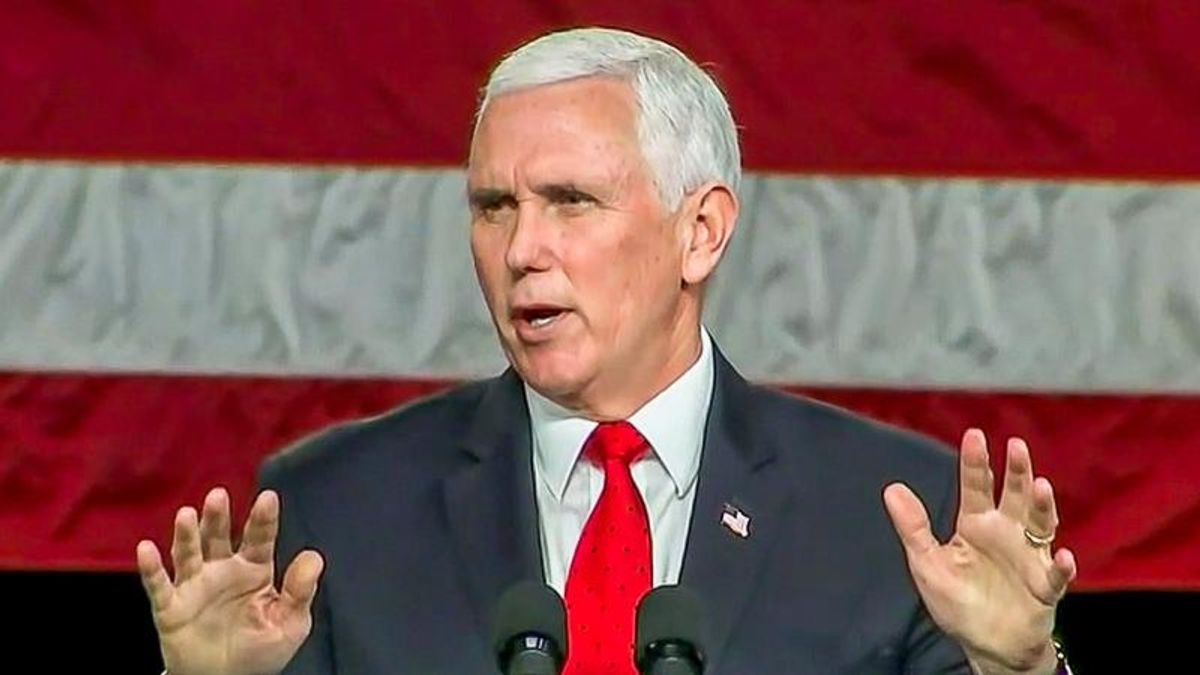 A crowd of President Donald Trump's supporters heckled Vice President Mike Pence on Monday in an effort to have him reject results of the Electoral College vote on Jan. 6.

During a rally in Georgia, Pence made the case for Republicans to vote in the Georgia Senate runoffs despite Trump's claim that the elections are not secure.

"I need you to do a few things," Pence said before being interrupted.

"Do the right thing Jan. 6!" a man in the crowd yelled, referring to Pence's constitutional obligation to officially accept the Electoral College votes.

Late last year, Republican lawmakers filed a lawsuit that they hoped would give Pence the power to reject votes from states where Trump lost. A federal judge dismissed the lawsuit on Friday.

Pence seemed to purposefully talk over the man who was heckling him.

"Vote to send Kelly Loeffler and David Perdue back to D.C.!" he exclaimed. "You know, I know we've all got our doubts about the last election. And I want to assure you, I share the concerns of millions of Americans about voting irregularities."

As Pence spoke, some members of the crowd continued to heckle him, while others cheered.

"And I promise you, come this Wednesday, we'll have our day in Congress," Pence said. "We'll hear the objections We'll hear the evidence. But tomorrow is Georgia's day. So for our faith, for our freedom, we need you to vote, Georgia!"

"If you don't vote, there could be nothing stopping Chuck Schumer and Nancy Pelosi from cutting our military, raising taxes and passing the agenda of the radical left," he added.