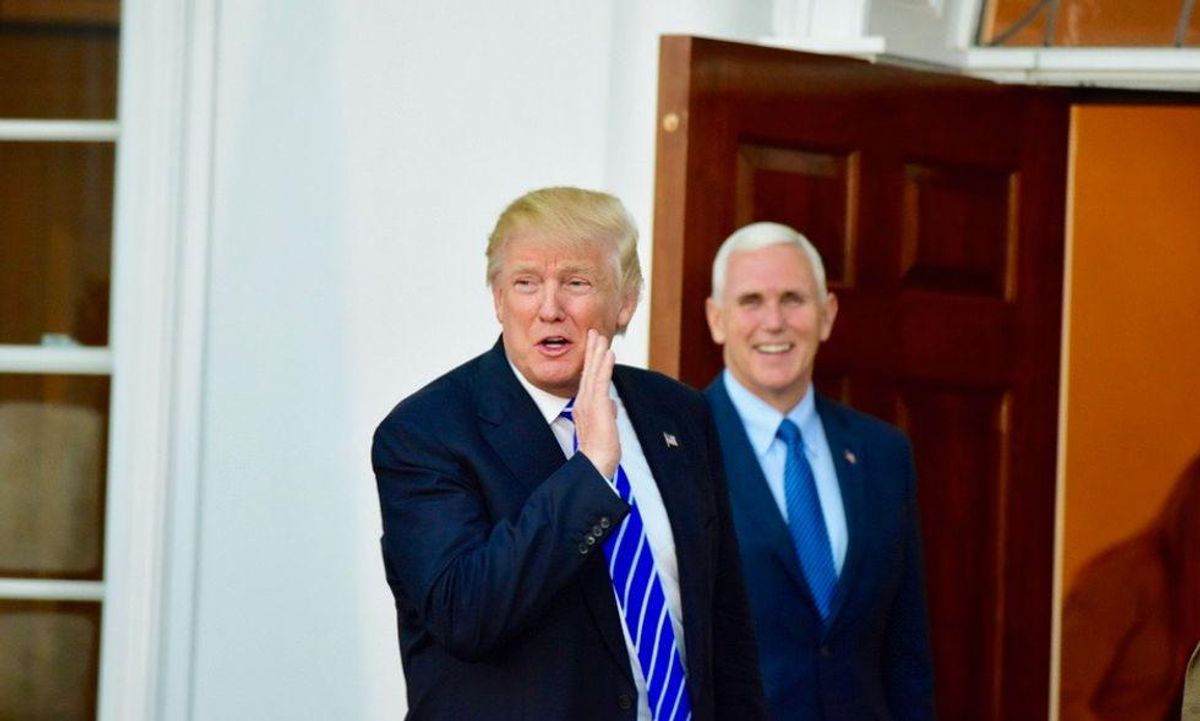 Some of the twice-impeached one-term president's supporters despise Mike Pence because he did not stop the certification of President Joe Biden's election win, and the new book, "I Alone Can Fix It," reveals that Trump shares their disdain for his running mate, according to excerpts published by Vanity Fair.

"Had Mike Pence had the courage to send it back to the legislatures, you would have had a different outcome, in my opinion," Trump said. "I think that the vice president of the United States must protect the Constitution of the United States. I don't believe he's just supposed to be a statue who gets these votes from the states and immediately hands them over. If you see fraud, then I believe you have an obligation to do one of a number of things."

The authors, Carol Leonnig and Philip Rucker, noted the irony that Trump chose Pence, in large part, because he looked like an adoring statue at his side, and the the ex-president cited a fallacious historical comparison to show why his vice president should have overturned their election loss.

That claim is based on a 2004 article by two constitutional law scholars that noted an irregularity in the 1800 election's vote count from Georgia, which submitted its ballots in a slightly different format than the other 15 states at the time, and not even legislators from the rival Federalist party objected to Jefferson claiming those four electoral votes.

"So I said, 'Mike, you can be Thomas Jefferson or you can be Mike Pence,'" Trump continued. "What happened is, I had a very good relationship with Mike Pence — very good — but when you are handed these votes and before you even start about the individual corruptions, the people, the this, the that, all the different things that took place, when you are handed these votes...right there you should have sent them back to the legislatures."

Trump later told the reporters he was disappointed in his vice president, who he said should have allowed state legislatures to overrule the will of their voters.

"What courage would have been is to do what Thomas Jefferson did [and said], 'We're taking the votes,'" he said. "That would have been politically unacceptable. But sending it back to these legislatures, who now know that bad things happened, would have been very acceptable, and I could show you letters from legislators, big-scale letters from different states, the states we're talking about. Had he done that, I think it would have been a great thing for our country."

"I think he had bad advice," Trump added.