'You're contradicting yourself': Mississippi's GOP governor cornered by CNN's Tapper for his poor vaccination rate excuses 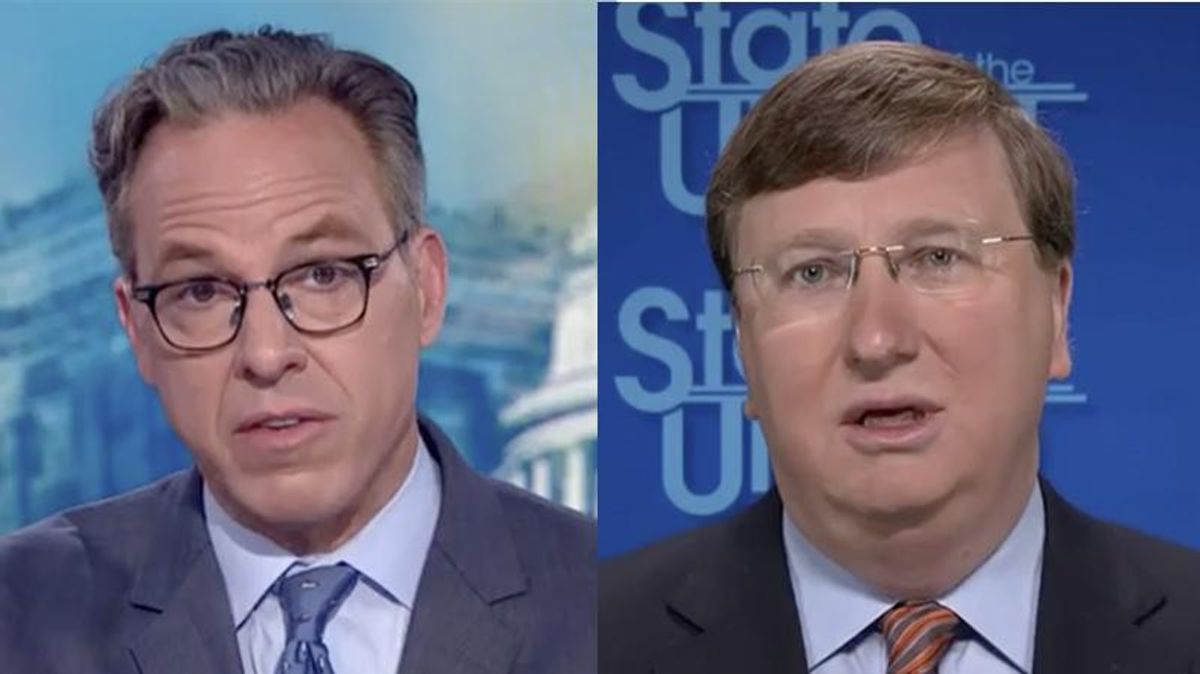 A very persistent Jake Tapper pressed Mississippi's Republican governor on Sunday morning over his state's poor vaccination rate numbers, at one point admonishing the GOP lawmaker for contradicting himself as he tried to make excuses.

Speaking with the CNN host, Gov. Tate Reeves first said he believes in vaccinations -- and has been vaccinated himself -- but then stated his state has been focused instead on clamping down on infections with vaccine distribution as a secondary concern.

Following Tapper setting Reeves straight for attempting to give Donald Trump credit for people being vaccinated, the two sparred over Mississippi falling behind the rest of the country in getting citizens protected in case another COVID-19 variant crops up.

"I think that all Mississippians and all Americans should go get vaccinated because I think it's safe. I think it's effective and I think it's one way to continue to drive down the numbers, but I'll also, Jake, what I've heard from you and other --," Reeves attempted.

"It's not just about numbers," Tapper cut in.

"We've done that in our state, we've done that in many other states around the country and I encourage my fellow Mississippians to get vaccinated, but that's an individual choice." he continued. "We've got to get out of this idea that central government in Washington, D.C. knows best on all decisions. That's the view of the Biden administration and so many others in the far left."

"I'm not sure what you think I disagree with what you said," CNN host Tapper shot back. "I don't support mandatorily vaccinating people. I think you're contradicting yourself."