MSNBC's Mika throws Mitch McConnell's words back in his face: 'He calls this an insurrection' 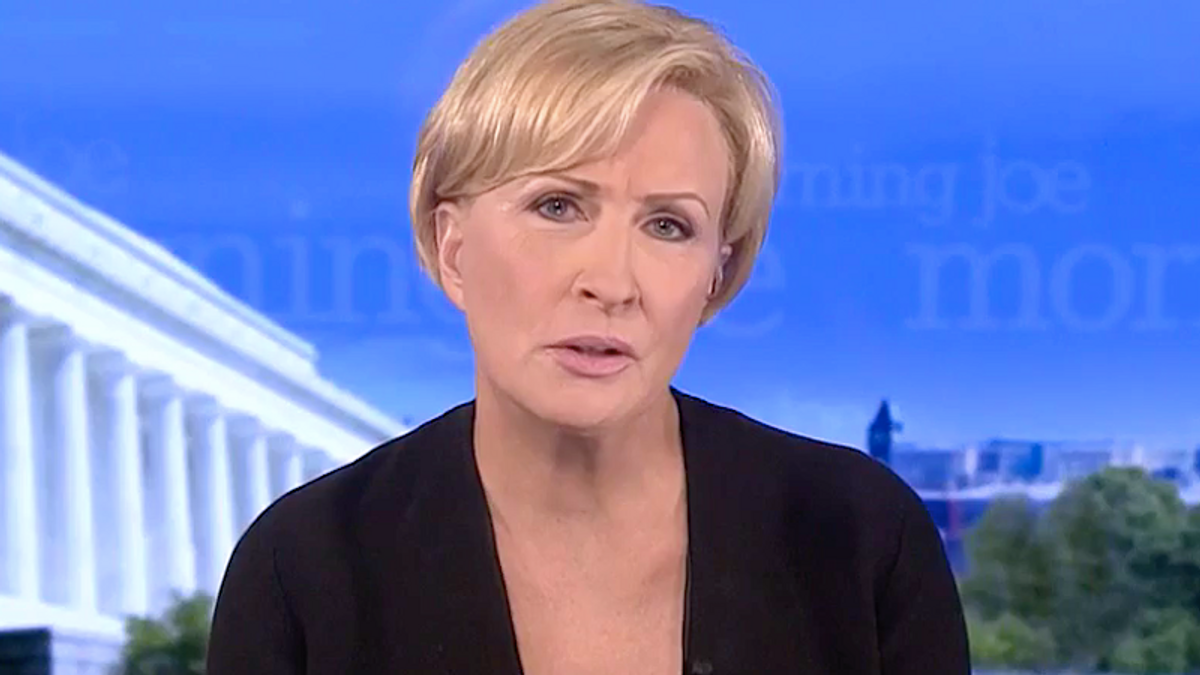 MSNBC's Mika Brzezinski threw Senate minority leader Mitch McConnell's words back in his face after he refused to call the Jan. 6 attack on the U.S. Capitol an "insurrection."

The Kentucky Republican would not directly address the topic on Tuesday, saying he had already said enough, so the "Morning Joe" co-host reminded viewers exactly what McConnell said about the deadly assault on the Capitol by Donald Trump's supporters as Congress certified Joe Biden's election win.

"He really, really doesn't want to say more -- why?" Brzezinski said. "Why doesn't he want to say more? Why doesn't he want to validate that this was an attack on our democracy, that people were killed, that people were tortured, that laws were broken, that our democracy was interrupted in process. Why? Let's see. He did say that, he said it on the 6th, so as the Senate minority leader suggested, here is exactly what he said on the 6th and on both of those days he mentioned."

Brzezinski rolled video of McConnell calling the attack an insurrection hours later on the Senate floor, where he denounced the rioters he's now tacitly defending by blocking a bipartisan congressional investigation.

"The United States and the United States Congress have faced down much greater threats than the unhinged crowd we saw today," McConnell said at the time. "We've never been deterred before and we'll be not deterred today. They tried to disrupt our democracy. They failed, they failed. They failed to obstruct the Congress, this failed insurrection only underscores how crucial the task before us is for our republic."

"Jan. 6 was a disgrace," McConnell said on Feb. 13, during the vote on Trump's second impeachment. "American citizens attacked their own government. They used terrorism to stop a specific piece of business they did not like. Fellow Americans beat and bloodied our own police. They stormed the Senate floor. They tried to hunt down the speaker of the house. They built a gallows and chanted about murdering the vice president."

Brzezinski sarcastically thanked McConnell, saying she agreed with those assessments of the Jan. 6 attack.

"They tried to disrupt our democracy," she said, showing video of Trump supporters violently assaulting police at the Capitol. "You can see that happening. This is what he's talking about, these people storming the Capitol, climbing in the windows, beating each other. Using American flags as weapons. He says they failed, they failed to attempt to obstruct the Congress. This failed insurrection only underscores how crucial the task before us is for our republic."