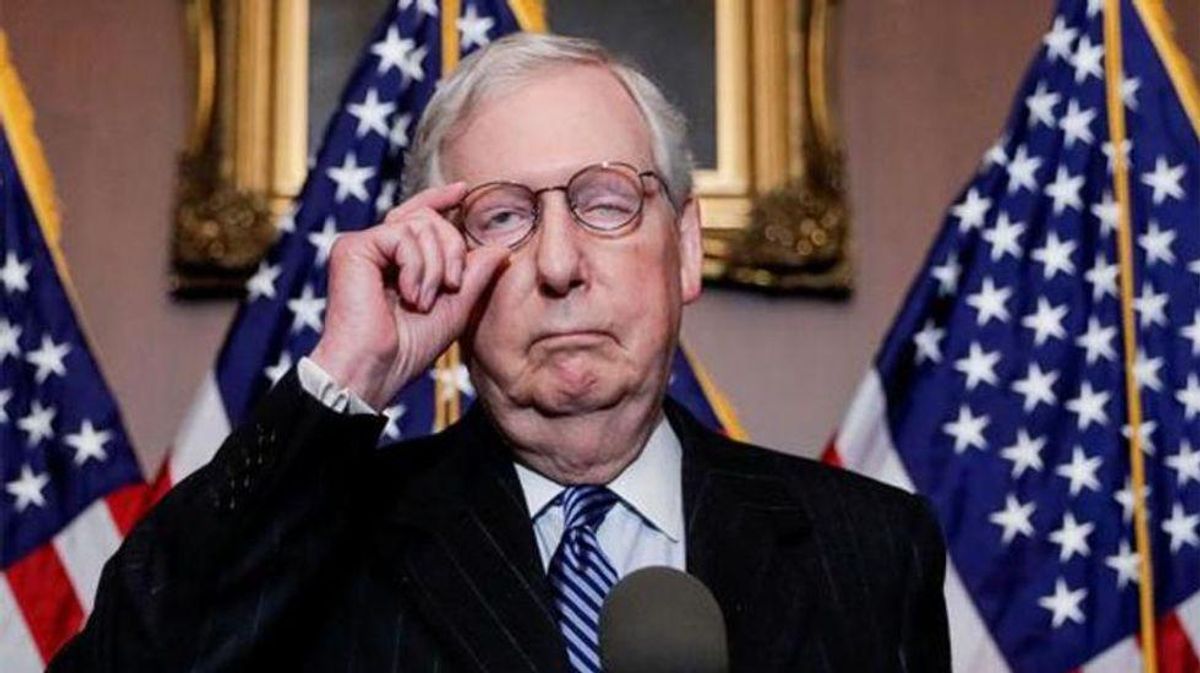 Senate Minority Leader Mitch McConnell (R-KY) on Wednesday announced his opposition to a proposed commission to study the Jan. 6 attack on the U.S. Capitol.

McConnell made the announcement in a speech on the Senate floor.

"After careful consideration, I've made the decision to oppose the House Democrats' slanted and unbalanced proposal for another commission to study the events of Jan. 6," he said.

McConnell noted that "hundreds" of rioters had been charged with crimes.

"So there is, has been, and will continue to be no shortage of robust investigations by two separate branches of the federal government," he said. "It's not at all clear what new facts yet another commission could actually lay on top of existing efforts by law enforcement and Congress."

"House Democrats have handled this partisan effort in bad faith going right back to the beginning," McConnell charged. "From initially offering a laughably partisan starting point to continuing to insist on various other features under the hood that are designed to centralize control over the commission's process and its conclusions in Democratic hands."

The minority leader concluded by saying that he supports "justice for any American who has broken the law."