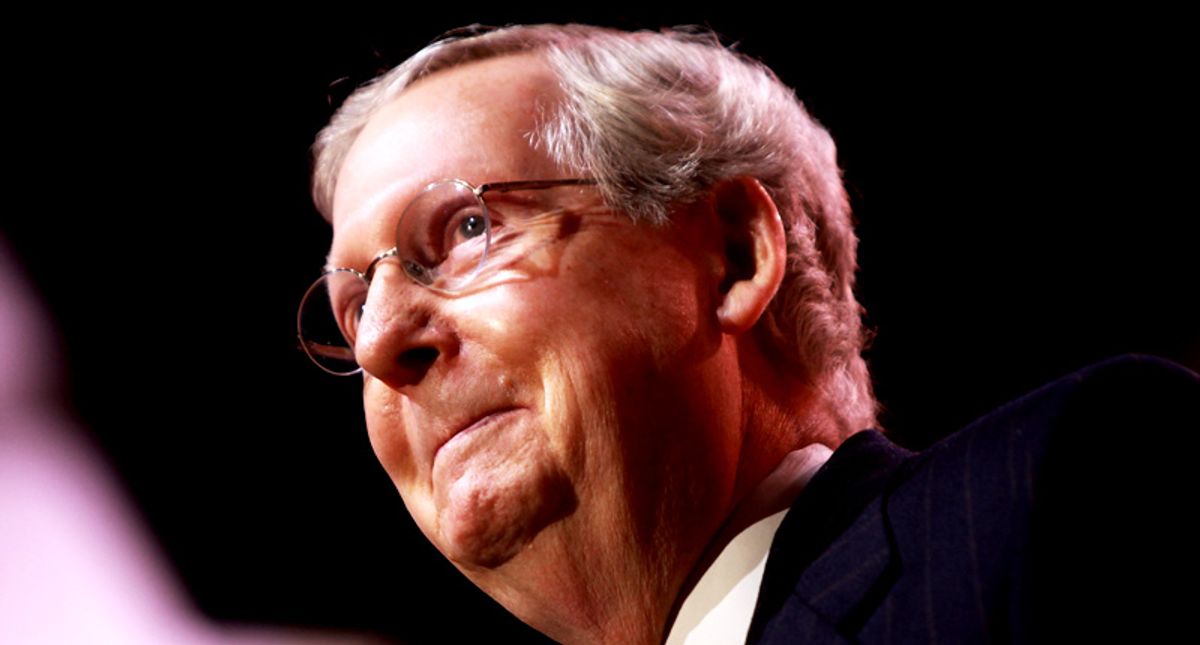 State law currently grants the power to Democratic Gov. Andy Beshear to appoint a replacement for McConnell, but the GOP senator is backing legislation in the Kentucky General Assembly that would strip the governor of that authority.

Craft is married to billionaire coal magnate Joe Craft, who's a major McConnell donor, and Adams is a former McConnell Scholar.

The 79-year-old McConnell, who was first elected in 1984 and easily re-elected in November, is facing calls for censure from some Kentucky Republicans who are angry at his denunciation of former president Donald Trump's role in the Jan. 6 insurrection.

But he seems to be trying to maintain his grip on the state GOP by pushing Senate Bill 228, which has been informally called the Daniel Cameron Election Bill by lawmakers, during the general assembly's "short" session last month.

The bill would strip the governor of his authority to appoint replacement senators when vacancies arise, and would instead fill vacancies from a list of three names submitted by the state executive committee of the same political party as the senator who held the vacant seat.

The appointee would then serve out that term until a successor is elected by voters.