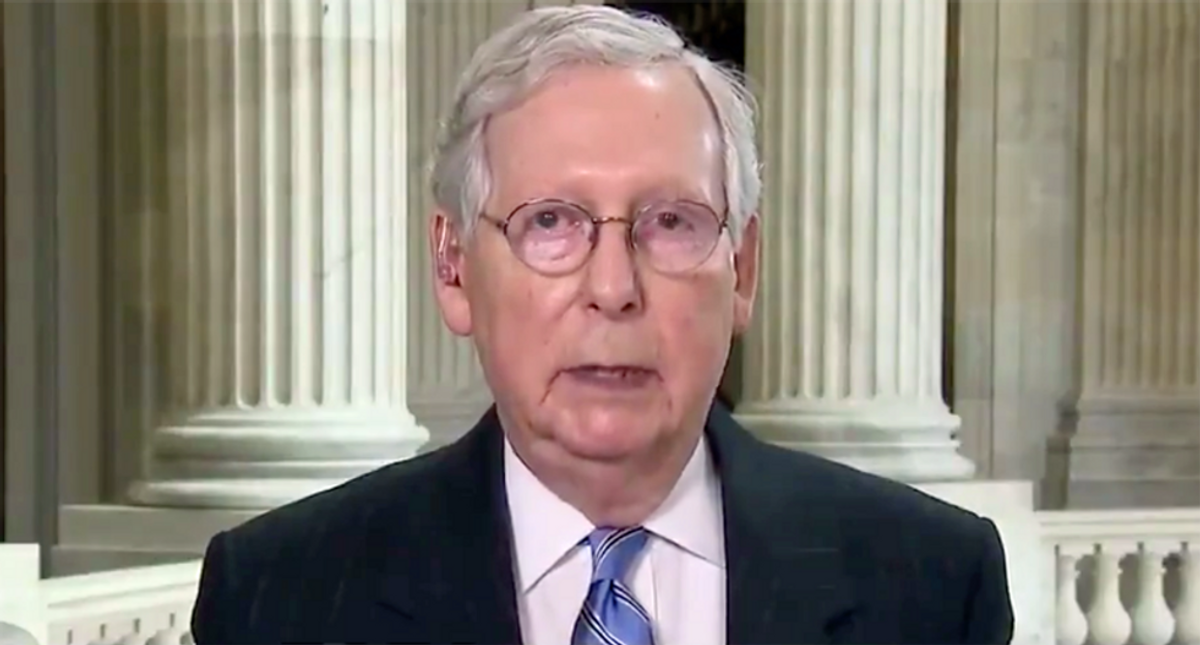 "I've always liked Liz Cheney, but she's made a determination that the Republican Party can't grow with President Trump," Graham said. "I've determined we can't grow without him."

But when Fox asked McConnell about whether Trump will determine his agenda, McConnell made it clear the answer is "no."

"Well, he has his own agenda," said McConnell's dodge. "And my view is, we're going to focus on this administration and the future, what they're trying to do to the country and make it a referendum in the fall of '22 on how people feel about this new government they narrowly elected while they continue the 50-50 Senate and a close score over in the House."

Thus far, the GOP has committed itself to be the "party of no" instead of working with Democrats to pass legislation that even Trump was trying to make happen. Trump infamously wanted his own infrastructure package that he said was worth $2 trillion. Democrats at the time were eager to help make it happen, but the McConnell-run Senate at the time was a dead-end.

The anti-Trump group The Lincon Project, has trolled Trump directly, with ads showing McConnell pushing Trump out of the GOP and attempting to take over the Trump control over the party.

See the video of McConnell below:

FOX NEWS: Will you welcome the former president's involvement in the midterms? McCONNELL: Well, he has his own age… https://t.co/30uuRQiSSK
— Aaron Rupar (@Aaron Rupar) 1623334506.0