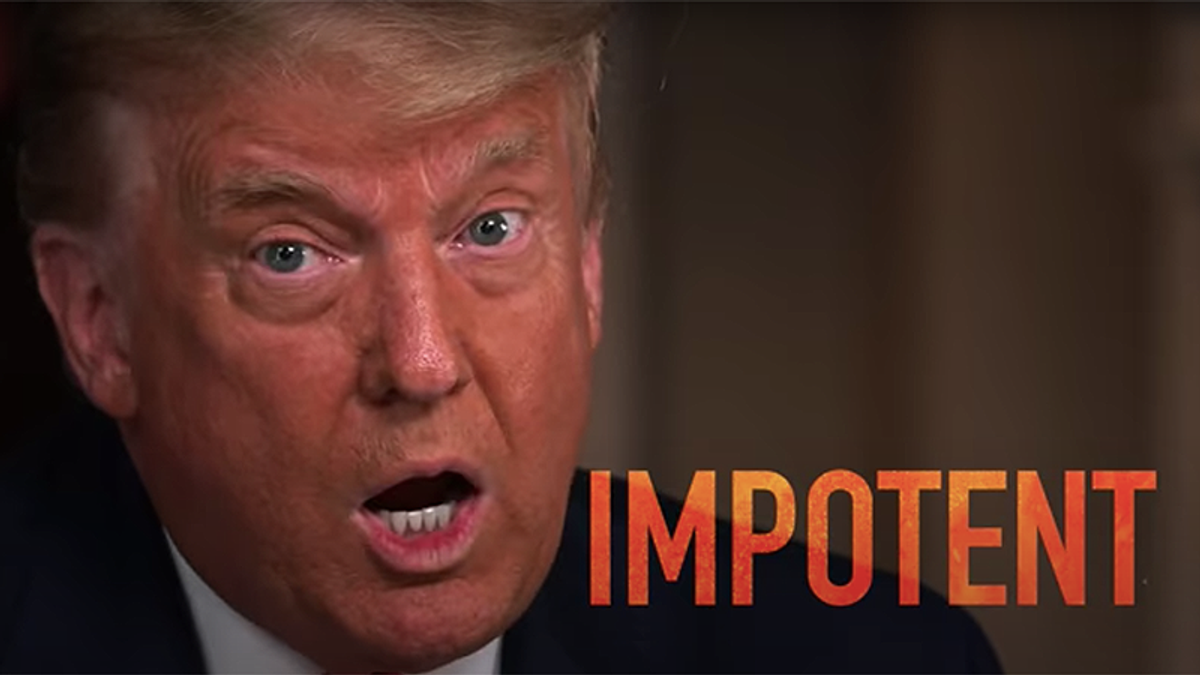 The video trolls the former president, who lives at his personal club Mar-a-Lago, spends most of his time golfing and watching right-wing television. So, in an ad, LP directs Trump to the fact that Senate Minority Leader Mitch McConnell (R-KY) is going to build another Republican Party without Trump.

According to the ad, Josh Holmes, McConnell's former chief of staff who now hosts a conservative podcast, "acts like you (Trump) are a nobody and laughs about how Mitch ignores you."

The worst moment comes when the ad notes, "now everyone is saying you're old, impotent, [and] an embarrassment." The ad likely doesn't mean impotent as in the male virility problem. The Lincoln Project presumably means "lacking power."

"And they will come to Mar-a-Lago, tricking you with cheap gifts, like a Dollar Store silver bowl," the ad continues, showing a photo of Sen. Rick Scott (R-FL) delivering a participation trophy to Trump. "But in Washington, Mitch runs the party. You made the MAGA movement, Donald, and they are taking it all away from you while using your name to make money."

See the ad below: