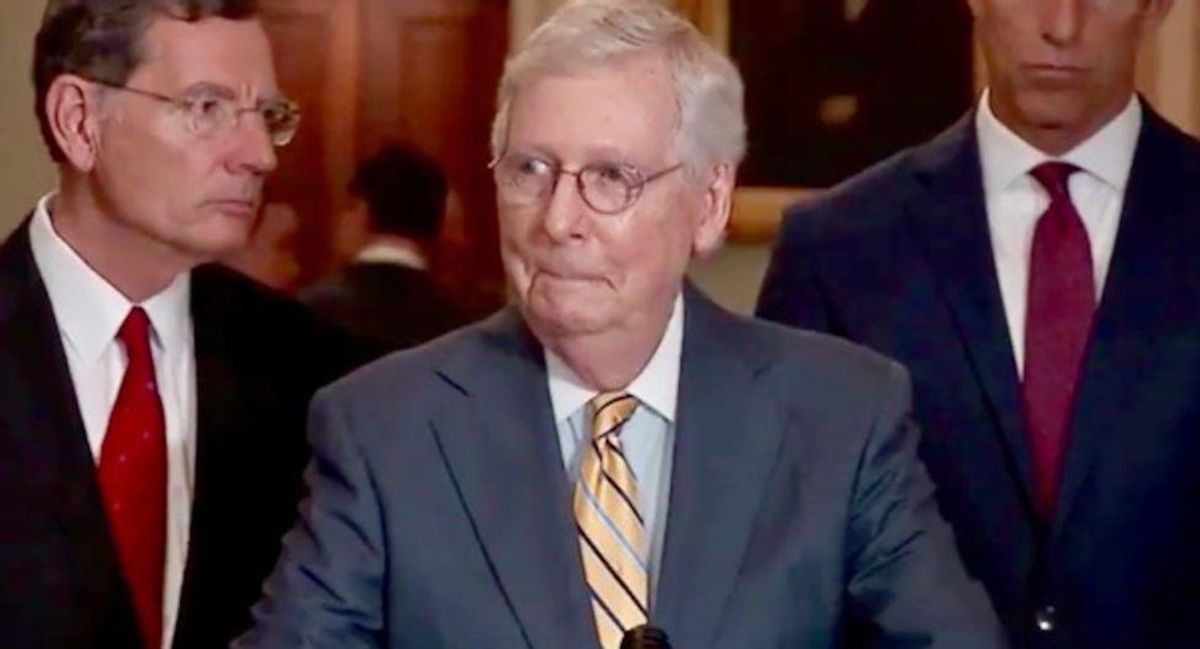 The politicization of coronavirus vaccines in America has created a correlation between vaccination rates and whether or not a state voted for Joe Biden or Donald Trump.

Republicans and white evangelicals have been among the groups most likely to resist getting vaccinated.

Where Republicans are getting their information on vaccines is also impacting public perception of getting vaccinated.

Meanwhile, FiveThirtyEight continued, "Fox News Republicans were often more in line with Republicans who got their news from other mainstream outlets."

"I'm perplexed by the reluctance of some to get vaccinated, totally perplexed," McConnell said, as reported by CNN's Ana Cabrera.

McConnell was ridiculed for his statement. Here's some of what people were saying:

@AnaCabrera Hmmm I wonder if it had anything to do with the Republicans downplaying Covid, passing laws against Cov… https://t.co/R3YwTTcDfD
— Jana Lynne Sanchez (@Jana Lynne Sanchez) 1625769253.0

Talk to your people in the @GOP . They are scaring the hell out of folks. Go on FOX and tell their talking heads to cut out the nonsense
— xxxJDxxx (@xxxJDxxx3) July 8, 2021

He should realize that eventhough he's telling people to get the vaccine, he's also supporting people who say everything is a hoax and lie.
— Justin Cordero (@JustimusPrime1) July 8, 2021

And yet I'm not going do anything about it, except remain perplexed.
— Sean OFarrell (@skofarrell) July 8, 2021

Why doesn't he call out Fox News and specifically Tucker Carlson for spreading lies about vaccines and making viewers question the safety and efficacy of the vaccines? 99.2% of the 10,000+ Americans who died from Covid in June weren't vaccinated.
— Jeffrey Levy (@jeffreymlevy) July 8, 2021

Why doesn't he call out Fox News and specifically Tucker Carlson for spreading lies about vaccines and making viewers question the safety and efficacy of the vaccines? 99.2% of the 10,000+ Americans who died from Covid in June weren't vaccinated.
— Jeffrey Levy (@jeffreymlevy) July 8, 2021

@LeaderMcConnell should pull the republicans together to launch a campaign encouraging people to get vaccinated. Being perplexed isn't leadership.
— Perri Matrisciani (@Hummingbird1314) July 8, 2021

Nothing about it is perplexing when you pay attention to all the nonsense about vaccines being peddled by the GOP's… https://t.co/OSgMve7PXb
— Oliver Darcy (@Oliver Darcy) 1625769310.0