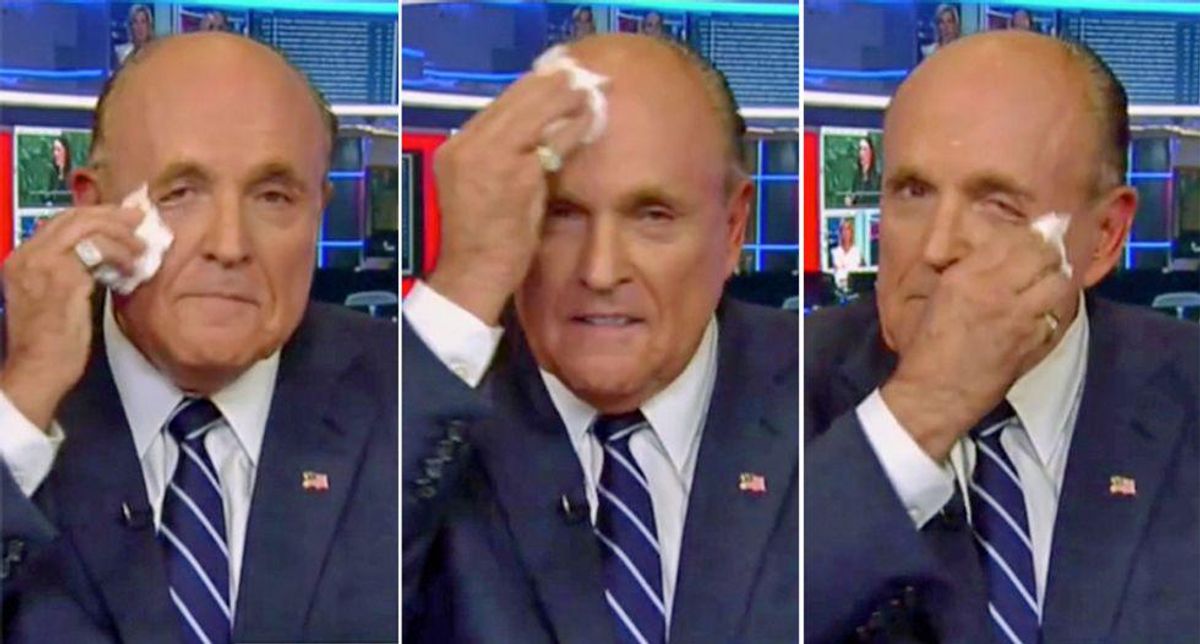 Sen. Mitt Romney (R-UT) ultimately became one of Donald Trump's biggest foes, but a new book by Washington Post reporters Carol Leonnig and Phil Rucker, reveals it was Rudy Giuliani that confused him the most.

In their book, "I Alone Can Fix It," Romney opened up about a lot of his theories and conversations with the former president. But when it came to Giuliani, the normally polite Mormon made it clear that Giuliani disgusted him.

Sen. Lindsey Graham (R-SC) was worried about the election protests but was assured by Giuliani that "we're going to make sure it doesn't go too far," as they fought the result of the 2020 election.

"The two men had served in the Reagan administration together, Kudlow as the number three official at the Office of Management and Budget and Giuliani as the number three at the Justice Department. They considered each other family friends. But Kudlow thought Giuliani was saying things about the election that would likely tarnish his legacy," the book revealed.

He passed notes to Giuliani's son Andrew, who is now running for governor of New York.

"Giuliani disgusted Mitt Romney. The two had been rivals for the Republican presidential nomination in 2008, but both came up short to John McCain," the book recalled. "In 2012, Giuliani campaigned for Romney when he was the GOP nominee, and while they were never friends, they respected one another."

"Rudy has such a fine history as a mayor, and his book, Leadership, was a bestseller," Romney told the book authors. "I found his participation in something so bizarre and irregular to be virtually incomprehensible. I wondered, how in the world can someone of that stature do something of this nature. And I have to be honest. My concern was not so much with my party. . . . I was again thinking about the cause of democracy."

Romney recalled the trips he'd taken overseas to war zones, remembering how important it was to him to spread democracy and promote freedom.

"And then to see people who are respected globally, like Mayor Giuliani, shred that credibility . . . was extraordinarily disheartening," Romney said.

"I Alone Can Fix It" is on sale now and Raw Story has been following the reports about the book.