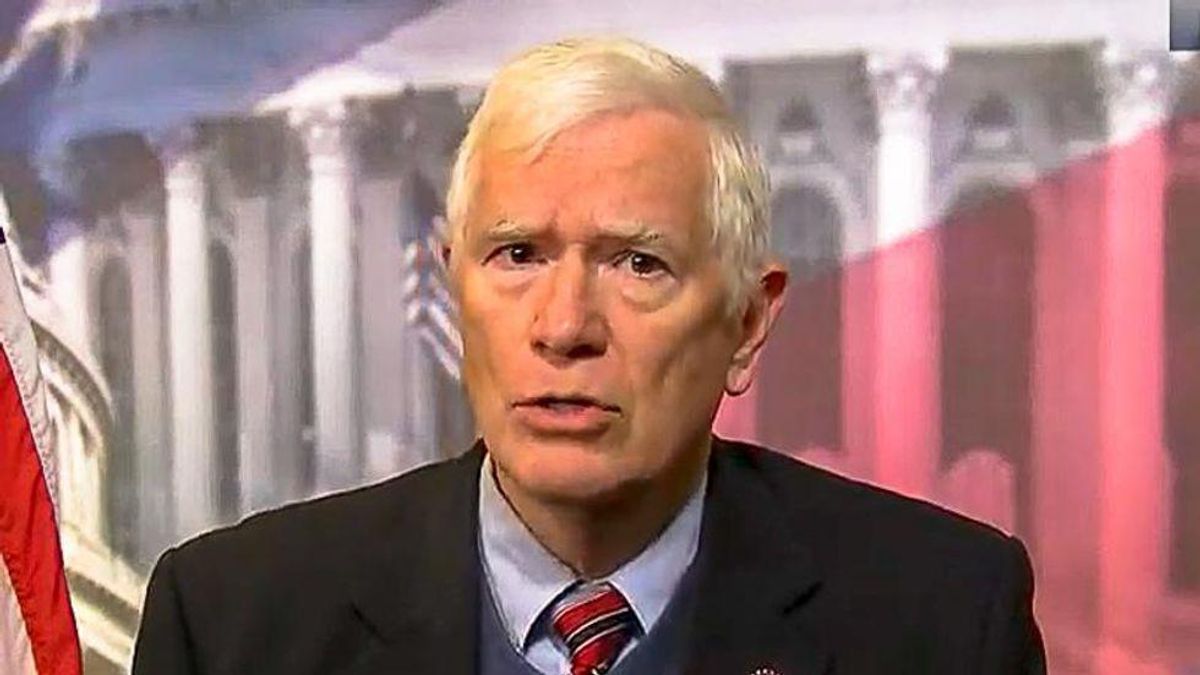 Alabama has sent some of the worst Republican lawmakers to Congress, but one stands out among the rest for special scorn.

The Daily Beast's Molly Jong-Fast considered Jeff Sessions, Roy Moore and Sen. Tommy Tuberville, just to name a few recent examples, but she argues that Rep. Mo Brooks may be the "stupidest and nastiest" of them all -- and he has Donald Trump's "Complete and Total Endorsement for the U.S. Senate."

"What takes Mo from common stooge to MAGA Moron No. 1 is that he's running for outgoing Sen. Richard Shelby's seat in 2022," Jong-Fast wrote. "And Mo already started holding fundraisers at the Mar-a-Lago club in Palm Beach, which, for those playing along at home, is not in Alabama."

Trump boasted dubiously that Brooks went up 41 points in unspecified polls after that Mar-A-Lago fundraiser, but Jong-Fast argued that's not what makes him the worst.

It's not just because Mo is willing to have campaign events that the former president can profit off," she wrote. "No, despite his limited intelligence Mo has finally distinguished himself from the herd. More than any other member of Congress, more even than Louie Gohmert, Mo Brooks has been the strongest, most unapologetic advocate of Trump's ongoing attempted insurrection."

Brooks spoke ahead of the Jan. 6 riot, when he asked Trump supporters if they were willing to sacrifice their lives to keep the ousted president in office, and now the Alabama Republican has been hit with a lawsuit from Rep. Eric Swalwell (D-CA) -- who agrees with Jong-Fast about his colleague's character.

"Mo Brooks got exactly the result he wanted on Jan. 6 when he encouraged an angry mob to 'start taking down names and kicking ass,'" Swalwell told the columnist. "The mob stopped the joint session, terrorized Congress, and injured hundreds of police officers. But we don't rule by mob, we rule by law. And Mo can run from the law, but its just reach will catch up with him."