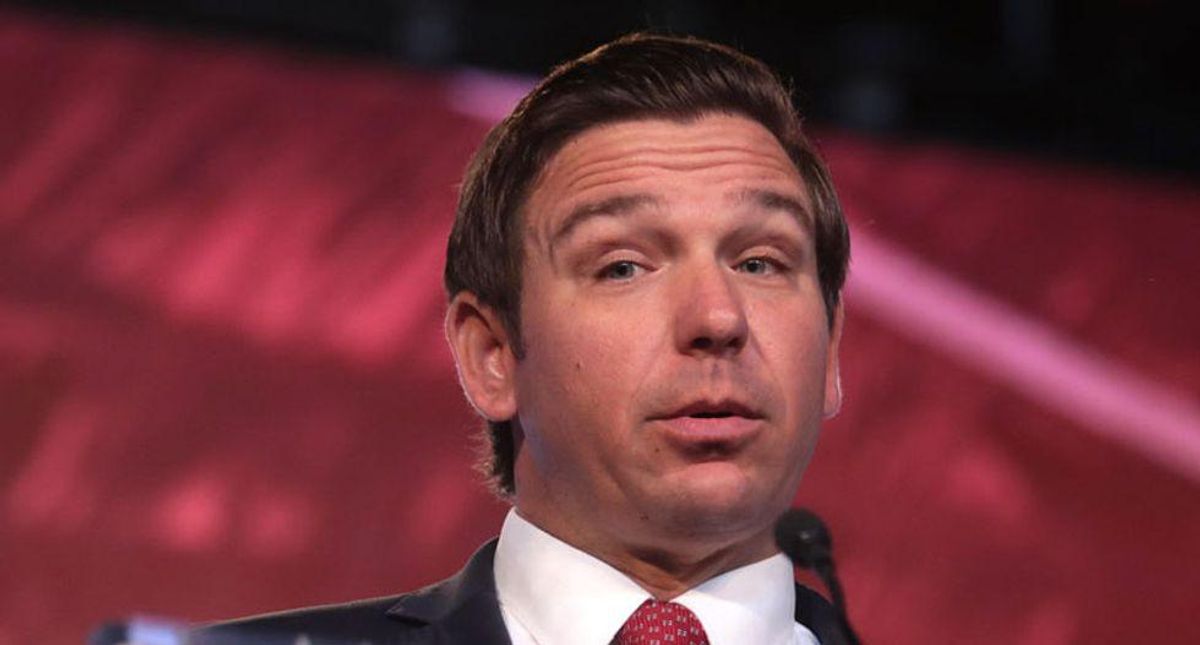 Gov. Ron DeSantis (R-FL), who recently signed legislation to ban "deplatforming" for some social media users, celebrated the Twitter suspension of one of his loudest critics.

Twitter suspended former Department of Health data scientist Rebekah Jones, which she says came after her account was mistakenly flagged as spam, and the Florida governor's office released a statement a short time later applauding the punishment, reported Florida Politics.

"This decision was long overdue," the statement said. "Rebekah Jones is the Typhoid Mary of COVID-19 disinformation and has harmed hardworking DOH employees with her defamatory conspiracy theories."

"I hope someone will ask Ms. Jones why she thinks she got suspended — will she allege that Governor DeSantis is somehow behind Twitter's decision?" the governor's office added. "That would be deeply ironic if she tried to spin that falsehood into her conspiracy theory, given the Governor's stance on Big Tech."

Jones has claimed that she was fired for refusing to manipulate statistics on the state's coronavirus pandemic, which the governor disputes, and Florida recently granted her whistleblower status to pursue a possible claim.

DeSantis signed a law last month that gives Florida the authority to penalize social media companies that ban political candidates, and he was called out for hypocrisy over his statement against Jones.

@Mdixon55 @GovRonDeSantis That’s an *official* statement from the Florida governor? Even the part where they imagin… https://t.co/yLvTJfBmOH
— Sensational Gus (@Sensational Gus) 1623088333.0