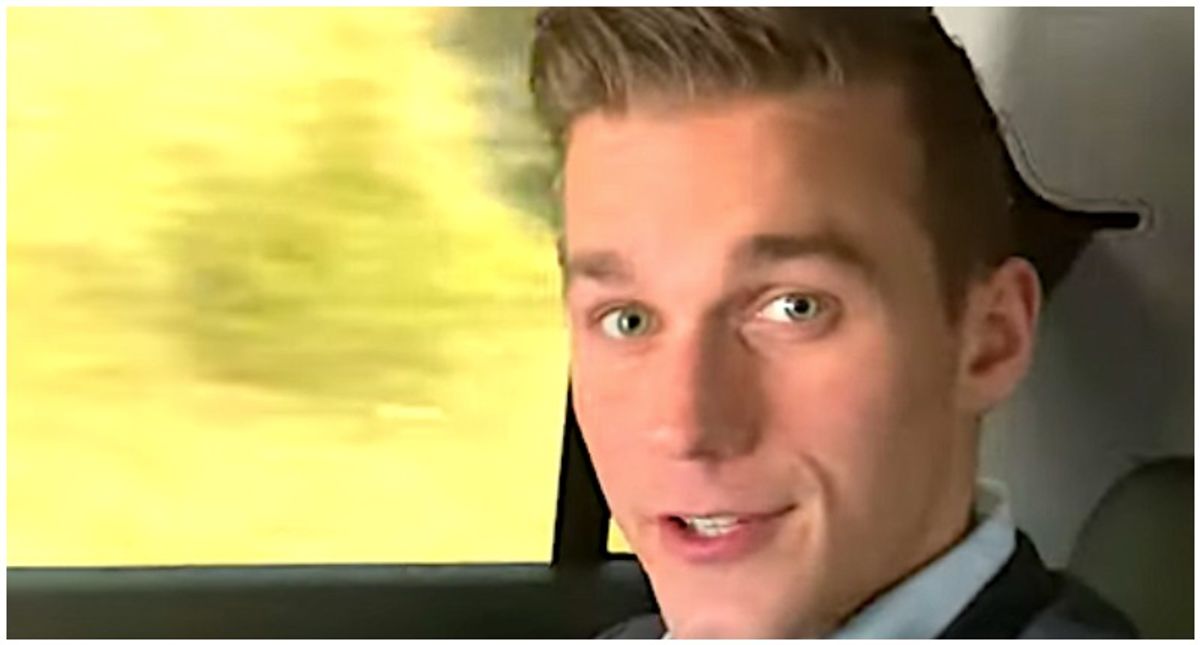 Despite teasing a second consecutive run against Cawthorn in the Western North Carolina congressional district, Col. Morris Davis (ret.) told Raw Story in an exclusive interview this week that barring earth-shaking changes to the dynamics of the race, he's most likely out of the running. One of the main reasons, he said, is that he doubts any amount of exposés would bring a critical mass of voters out of their ideological cocoons.

"The hardcore that drank the Trump Kool Aid, there's nothing I can do to change their minds," Davis said in a telephone interview. "They didn't care, or I think a lot of folks that would be supporters of him, they're not reading the New York Times or watching CNN."

There are some signs the race could be more favorable for a Democrat, chief among them that former President Donald Trump's name won't be on the ballot in the 2022 midterm elections. Meanwhile, Cawthorn has gone from an unknown to a lightning rod in his few short months in office, even leading a prominent local sheriff who helped him campaign to disavow him after the Capitol attack.

But Davis said none of that alone would be enough to make up the 12 points he lost by in 2020 because his region leans so heavily toward Republicans and because the state and national Democratic parties have shown little interest in spending money there.

Davis said his social media manager recently quit because he was tired of having to wade through death threats, and Davis basically feels the same way.

"I'm not going to risk getting myself killed if there's no realistic shot at winning," he said. "If nothing changes, it's still impossible to win here."

Davis had been sending signals he might run again, including sending a fundraising blast to his supporters last month accusing Cawthorn of helping "spark the January 6th Capitol invasion" and saying he is "picking QAnon over us." The email said Davis was considering a run because "if we start building now, we have a real shot at winning this thing."

Davis also filed a statement of candidacy with the Federal Election Commission last week activating his campaign committee for a 2022 bid, catching the eye of some in the press.

Davis, however, said that was just a formality. Any candidate who raises $5,000 since the previous election must either leave the race and return or redesignate the donations or file a statement of candidacy. Davis said he decided to do the latter just to keep his options open, but added that a month removed from the fundraising email, he's not feeling hopeful.

He also said he didn't want to mislead his followers, so he sent an email to his core supporters Thursday explaining the situation, and noting that if he doesn't run, all the money he raised will be spent promoting a progressive agenda in Western North Carolina.

"The data show that the vast majority of NC 11 voters casts their votes along party lines," he wrote. "I am hopeful the landscape will look different by 2022, but from my vantage point now I'm not optimistic it will overcome a 12 point deficit."

Davis has a pretty high profile, as a former prosecutor at Guantanamo Bay who quit after refusing to use evidence obtained through torture. Yet it wasn't Cawthorn who Davis wanted to run against in the first place — it was his predecessor, Mark Meadows. The former House Freedom Caucus chairman resigned shortly after Davis jumped into the race and became Trump's chief of staff not long after.

Davis said he certainly wouldn't run again if Democrats picked an even better candidate than him. He said he thinks highly of Buncombe County Commissioner Jasmine Beach-Ferrara, who announced Wednesday she'd take on Cawthorne, but worries she — or anyone with a power base in Asheville but not the surrounding area — wouldn't be able to outperform him. Instead, he thinks someone with a track record of winning in the area would stand a better chance, someone with a profile like former NFL quarterback and ex-Rep. Heath Shuler, who represented the district for three terms as a Democrat.

Even if that didn't happen, Davis said he would also not likely run again in the district as it's currently drawn, since he won only one county last election: Buncombe, which includes the liberal-leaning city of Asheville. North Carolina is set to add one congressional seat after its redistricting process. Though there's a slight chance that could result in a more left-leaning Western North Carolina seat, it is unlikely much would change on that side of the state.

And finally, Davis said he wouldn't run again without more investment from the national and state party in his part of the region. Beyond his own race, Democrats lost a major senate bid and the state voted for Trump in 2020. With another senate contest coming up this cycle, and a presidential race after that, Davis said he wants the party to consider that even a few more percentage points won West of Charlotte could change the fates of statewide and national candidates.