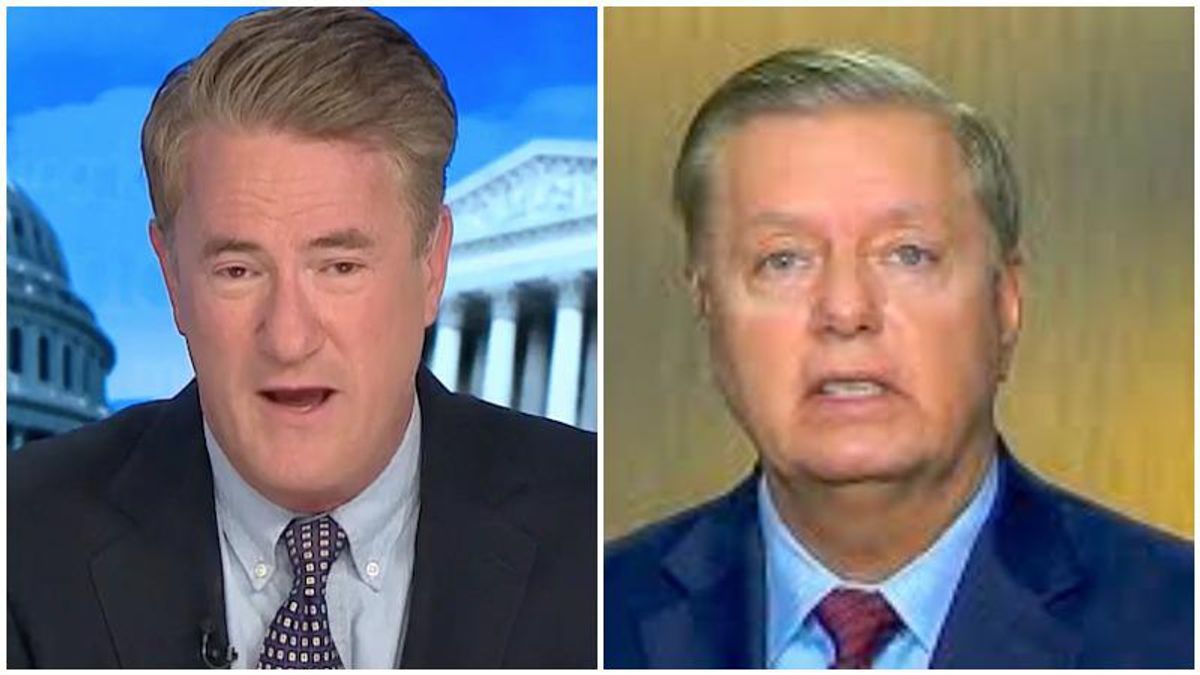 MSNBC's Joe Scarborough blasted Sen. Lindsey Graham (R-SC) for jumping back on board with a "fascist" after getting accosted by some of President Donald Trump's crazed supporters.

The South Carolina Republican had insisted "enough is enough" in an emotional Jan. 6 speech, after the president's supporters violently stormed the U.S. Capitol, but has returned to slavishly defending Trump from impeachment after Qanon cultists accosted him at an airport.

"Poor, poor, Lindsey," Scarborough said. "He said, 'I'm done with this,' and then he gets chased through the airport by a couple of Qanon people, and then suddenly he's, like, 'I'm back in this,' and he's flying on airplanes with Donald Trump, and [Wednesday] he said the most remarkable thing. He said, 'If the Senate went through with their constitutional duty to have a trial of Donald Trump that they could face violence, that America could face violence and further insurrection.' So this is the Republican Party of Donald Trump and of Lindsey Graham, and of those 150 or 160 people who voted to overturn the election."

"It's what we read about Hitler," he said. "He had his Brownshirts, those who would go around committing acts of violence. [Benito] Mussolini did it when they took over Italy. They would take over government buildings and commit acts of violence and they would intimidate people through violence. I remember back in the days when I was in politics, you would intimidate opponents with a big war chest, by going out and raising money. Now Donald Trump and Lindsey Graham and this Republican Party, they are intimidating their opponents with violence, with threats of death, with storming the Capitol, with killing police officers. This is Donald Trump's party, and right now, if you look at the polls, the majority of Republicans remain with this fascist president."