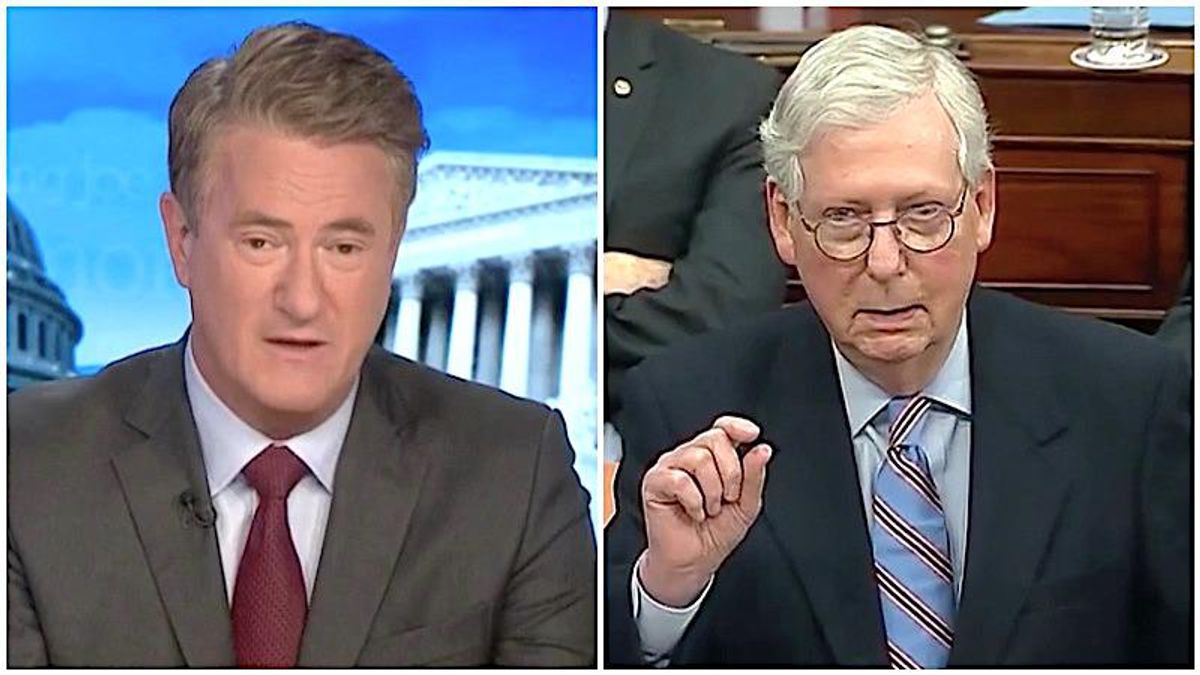 McConnell warned that Republicans would grind Senate business to a halt if Democrats changed the 60-vote threshold on the legislative filibuster, but the "Morning Joe" host said the rule would soon come to a well-deserved end.

"I think they're probably believing they have to do it, and politically the political fallout will come from however the Republicans decide to act two years from now, if they take the majority," Scarborough said.

But he said that wouldn't be substantially different from the current dynamic, where presidents essentially make laws instead of the legislative branch.

Scarborough said ending the filibuster would not come with a political cost for Democrats, because voters won't care.

"Anybody who believes that the American people are going to be shocked and stunned and deeply saddened with filibuster reform or if they change the rules of the filibuster, that's process Americans aren't going to care. That's not what they're going to vote about two years from now. They're going to vote for the actual legislation that does get passed."