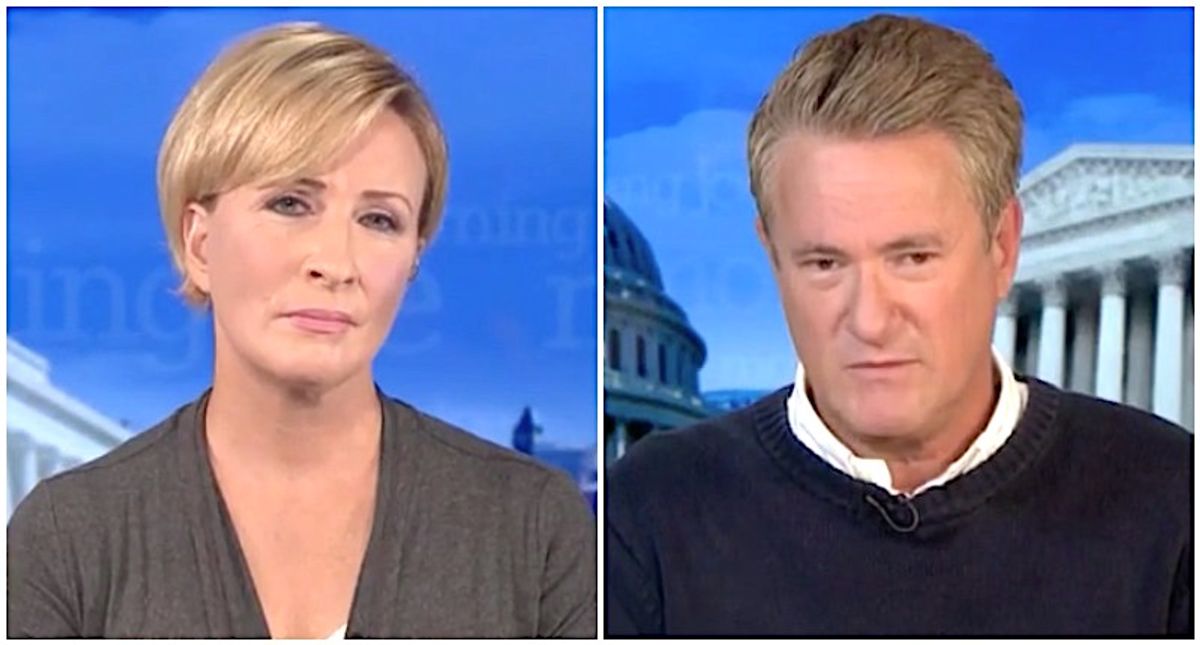 The "Morning Joe" host reacted to a supercut video comparing President Joe Biden's reverent remarks at the National Prayer Breakfast with Trump's self-aggrandizing and spiteful speeches at past faith events.

"You know, it reminds me of a Bible verse," Scarborough said. "I googled it while I was watching that. Matthew 7:15-20, King James version: 'Beware of false prophets which come to you in sheep's clothing but inwardly they are wolves. Ye shall know them by their fruits.'"

"I've been to that prayer breakfast, know the people who run it, [and] saw what Donald Trump, through the years, talking about 'The Apprentice,' talking about himself, attacking political -- again, know them by their fruits," he added. "It is the antithesis of everything that you see in red letters when you read through the gospel of Jesus Christ, and he got 90 percent of the evangelical vote."

Scarborough said right-wing Christians had distorted their own faith by largely reducing their political morals to a single issue.

"I can hear people say, 'What about abortion?'" he said. "You have this bizarre -- and it is bizarre, it is bizarre -- you have had this bizarre trend in evangelical christianity to reduce Jesus' entire message to abortion. It's just not there, read the red letters. Yes, I'm saying this as somebody who voted pro life all the time, but you cannot reduce Jesus' ministry to that, and yet you have one preacher after another preacher after another preacher selling their entire congregations out, a lot of them just to touch the cloak, not of a holy man, but just to touch the cloak of a failed reality TV host who was the antithesis of everything they preached their entire life."

Scarborough seemed surprised by his own early morning stemwinder.

"I didn't know we were going to start off the top like that, I'm so glad we did," he said. "Once again, it just shows the hypocrisy of religious leaders who kowtowed to this false prophet to have a little glimpse of power."