GOP attempts to hold Social Security 'hostage' again -- but will Dems fall for it this time? 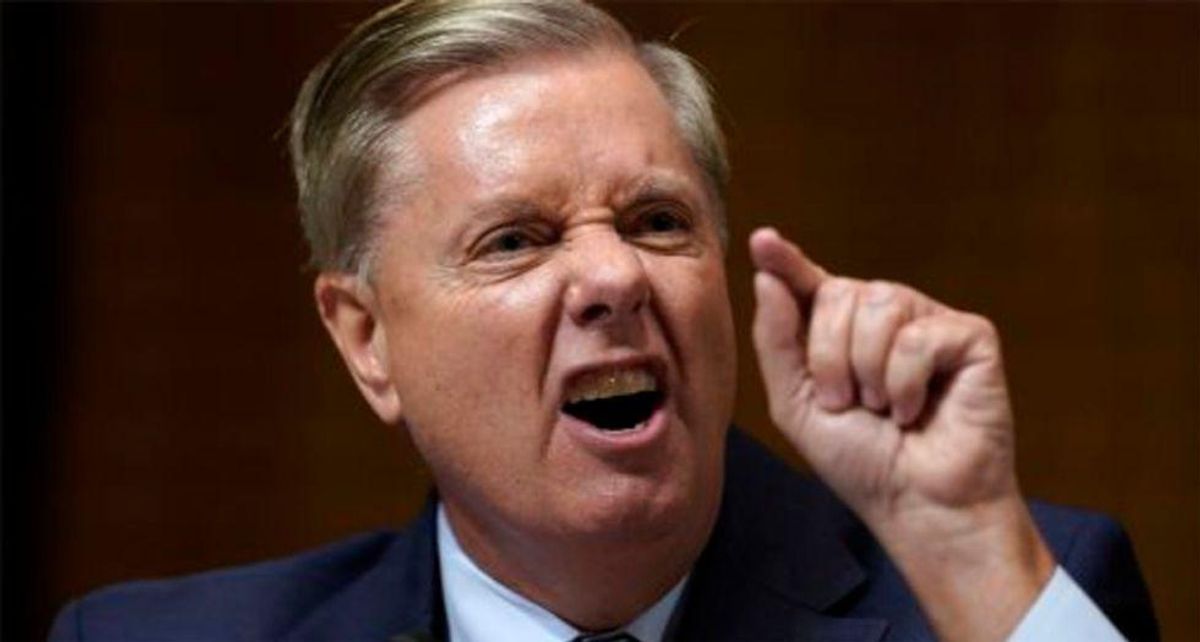 Republican Sen. Lindsey Graham on Wednesday said he would be willing to vote to raise the federal debt ceiling in exchange for a policy that could result in cuts to Social Security and Medicare, a proposed trade-off that progressive advocacy groups implored Democrats to reject.

With members of Congress staring down an August deadline to increase the debt limit—the amount of money the federal government is legally permitted to borrow to meet its financial obligations—Graham (R-S.C.) told Bloomberg that he could bring himself to vote yes on a debt ceiling hike if Democrats agree to legislation establishing commissions tasked with crafting Social Security and Medicare "reforms."

But Social Security Works, a progressive advocacy organization, was quick to warn that Graham's offer is a thinly veiled trap.

The idea of setting up commissions to study and propose changes to Social Security and Medicare is hardly new. Last year, Sen. Mitt Romney (R-Utah) and other Republican senators attempted unsuccessfully to include such a policy in a coronavirus relief package.

Social Security Works and other groups warned at the time that the proposal was nothing more than "a plot to gut Social Security behind closed doors."

Graham's offer came as Senate Democrats are contemplating what to do about the looming debt ceiling showdown amid indications that Republicans are planning to unify against any increase. If lawmakers fail to raise the debt ceiling, the U.S. government could eventually default on its payments.

In 2019, Congress agreed to suspend the debt limit through the end of July of this year; a majority of Senate Republicans, including Graham, voted in favor of doing so. But Senate Minority Leader Mitch McConnell (R-Ky.) told Punchbowl News on Tuesday that he "can't imagine a single Republican in this environment that we're in now—this free-for-all for taxes and spending—to vote to raise the debt limit."

"Nobody is going to hold the American economy hostage, period, full stop," Wyden told reporters Wednesday. "The Republicans are trying to extract something, and say that their leverage is they will have the United States default on its legal obligations, which is fundamentally wrong."

To overcome unified Republican opposition, Senate Democrats could attempt to raise the debt ceiling unilaterally through the filibuster-proof budget reconciliation process. Lawson urged Democrats to take that route, arguing it would be "political malpractice" not to.

"Fortunately, Democrats can protect Social Security and Medicare by raising the debt ceiling in the forthcoming reconciliation package," Lawson said. "As long as every Democratic senator is on board, this would not require a single Republican vote. It is essential that Democrats take this opportunity to prevent Republicans from taking our earned benefits hostage."