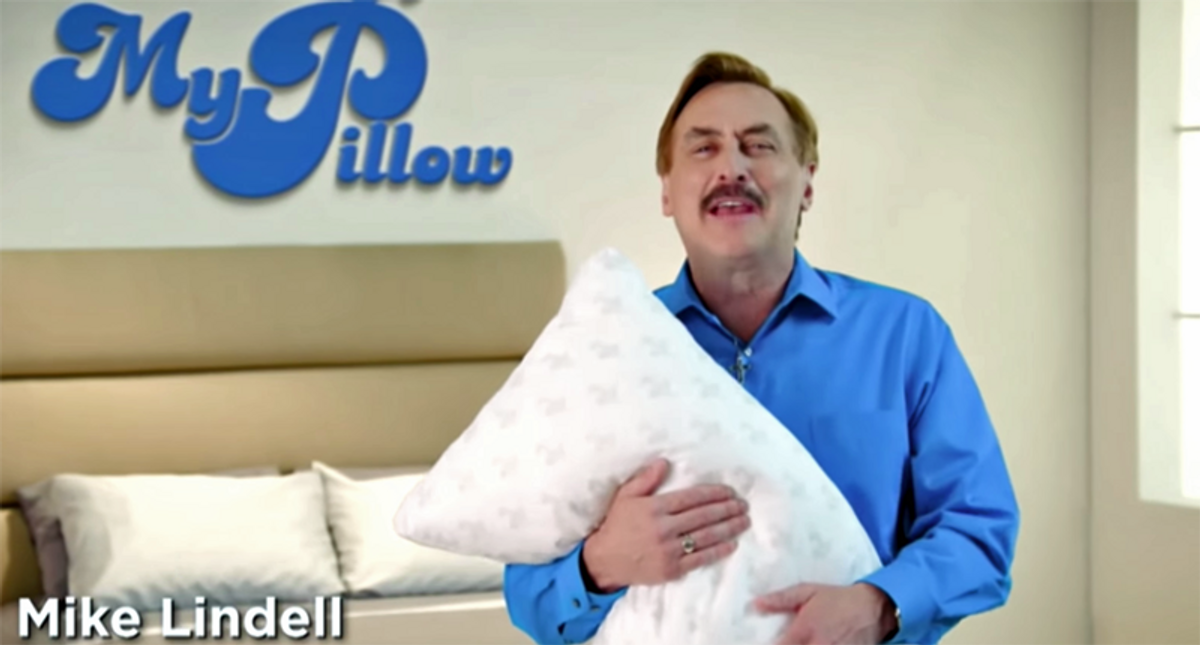 Tear stuffed pillows are the most comfortable
— Mercury (@mercuryroad) January 26, 2021

No need to buy his pillow. We can all sleep better knowing he got the boot on social media. Sweet dreams 😴.
— Dean Stone (@VoiceofVictory) January 26, 2021

If Mike Lindell reveals his toupee maker - or hair & moustache colorist, I may just find his mature gray not an assault on my senses.
— That One ... with a mask (@leslietheysay) January 26, 2021