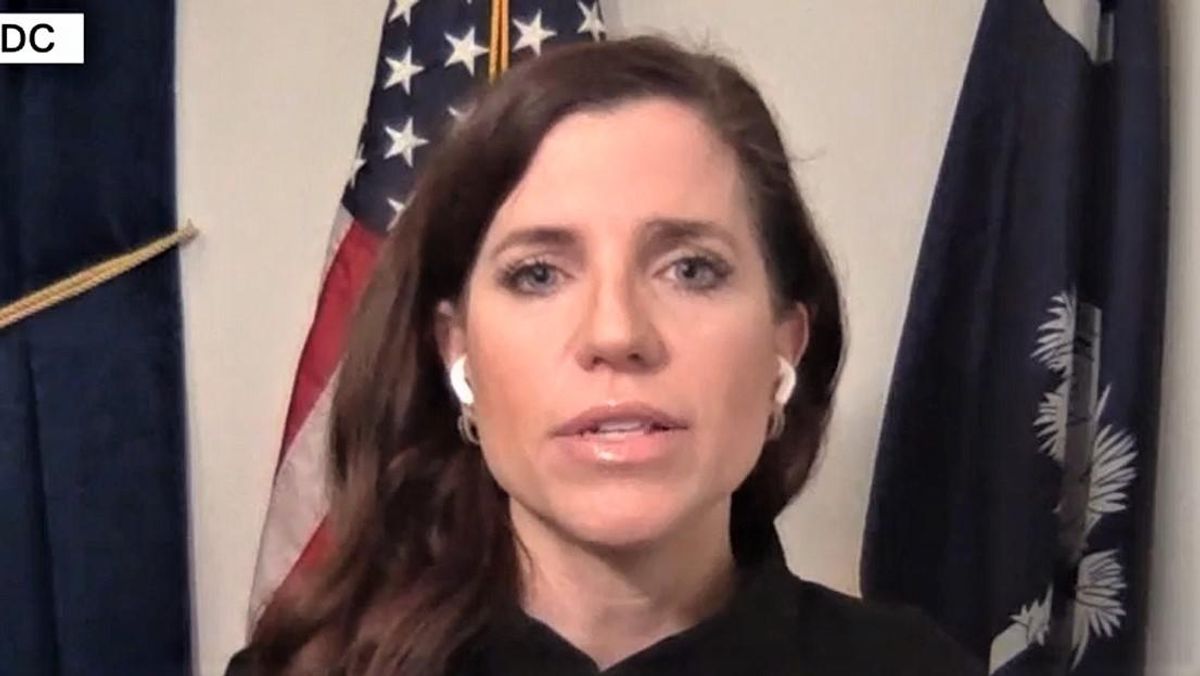 Freshman Rep. Nancy Mace (R-SC) on Thursday delivered a scathing denunciation of President Donald Trump for his role in fomenting an attempted insurrection at the United States Capitol building.

During an interview with CNN's John Berman, Mace described the threats she received from Trump supporters over the last two days.

"Someone threatened to shoot me recently on social media," she said. "I was accosted on a street of D.C. on Tuesday night. it's wrong, it puts people's lives at risk."

Mace said that while she appreciated some of Trump's achievements as president that he would be forever remembered for inciting a riot aimed at blocking the certification of President-elect Joe Biden's victory.

"His entire legacy was wiped out yesterday," she said.

Mace also shredded Republicans who told their supporters that Vice President Mike Pence had the power to unilaterally throw out the election results to keep Trump as president.

"Millions of people were led to believe that the vice president could overturn the results of the election yesterday, single-handedly, and thank God Vice President Pence spoke up yesterday morning and said, no, that's not the case, and ended that rumor," she said. "But the expectations were set very high for these folks. They were lied to and it's dishonest."