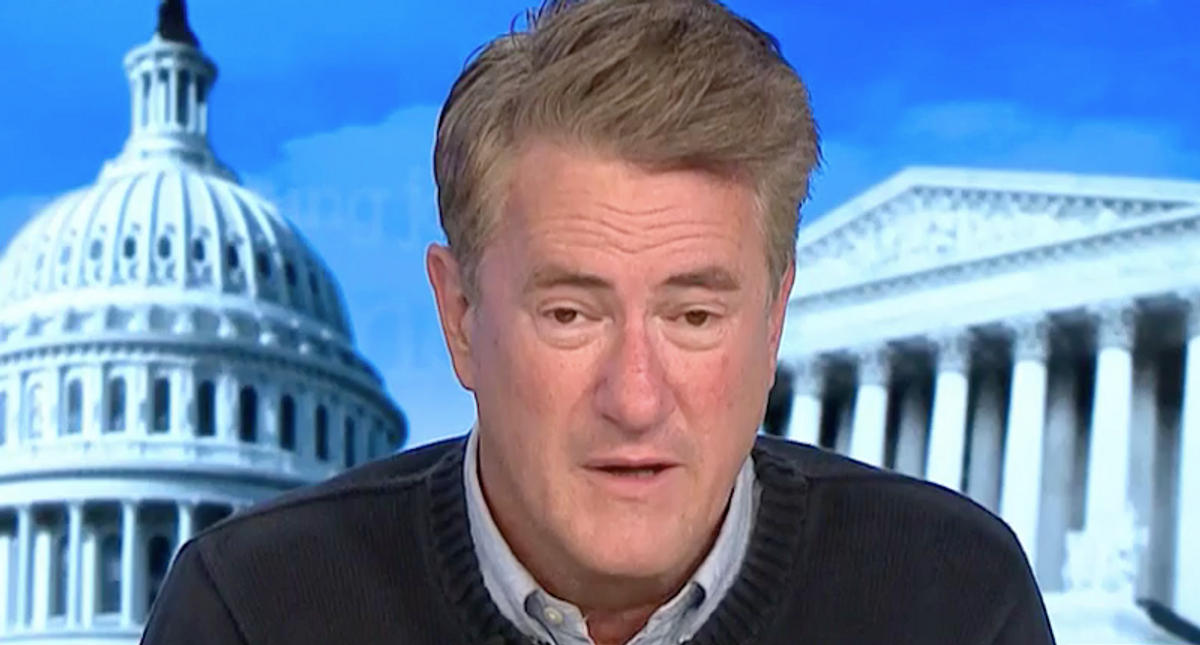 MSNBC's Joe Scarborough didn't mince words about the "insurrection" against the United States that was aided and abetted by President Donald Trump.

The "Morning Joe" host dropped an F-bomb during a denunciation of the takeover of the U.S. Capitol by Trump supporters following a speech by the president, where he encouraged them to march to prevent the certification of Joe Biden's election win, and called out all the law enforcement professionals who stood by and let them into the building to menace lawmakers.

Co-host Mika Brzezinski asked whether the law enforcement response would have been different if the protesters hadn't been white, and Scarborough erupted.

"Let me tell you something," he said. "We don't have to even go there. If these insurrectionists were Black, they would have been shot in the face, and my god, if these insurrectionists were Muslim they would have been sniped from the top of buildings. So I want to know from the Capitol Hill police, what is it, is it just white people or is it Donald Trump supporters? Why do you scream at people for walking across the street three blocks away from the Capitol? Why are you not as badass around the Capitol, but then Trump supporters come in and you open the f*cking doors for them! You open the doors for them, and let them breach the people's house. What is wrong with you?"

"I also want to know are we a nation of laws?" Scarborough added. "Are we a nation of one man? Donald J. Trump called for the insurrection against the United States of America. He called for it. Rudy Giuliani called for combat justice, just an hour or two before this happened. Donald Trump Jr. said we are coming for you. That's insurrection against the United States of America, and if Donald Trump Jr., Rudy Giuliani and Donald Trump are not arrested today for insurrection and taken to jail and booked, and if the Capitol Hill police don't go through every video and look at the face of every person that invaded our Capitol, and if they are not arrested and brought to justice today, then we are no longer a nation of laws and we only tell people they can do this again."