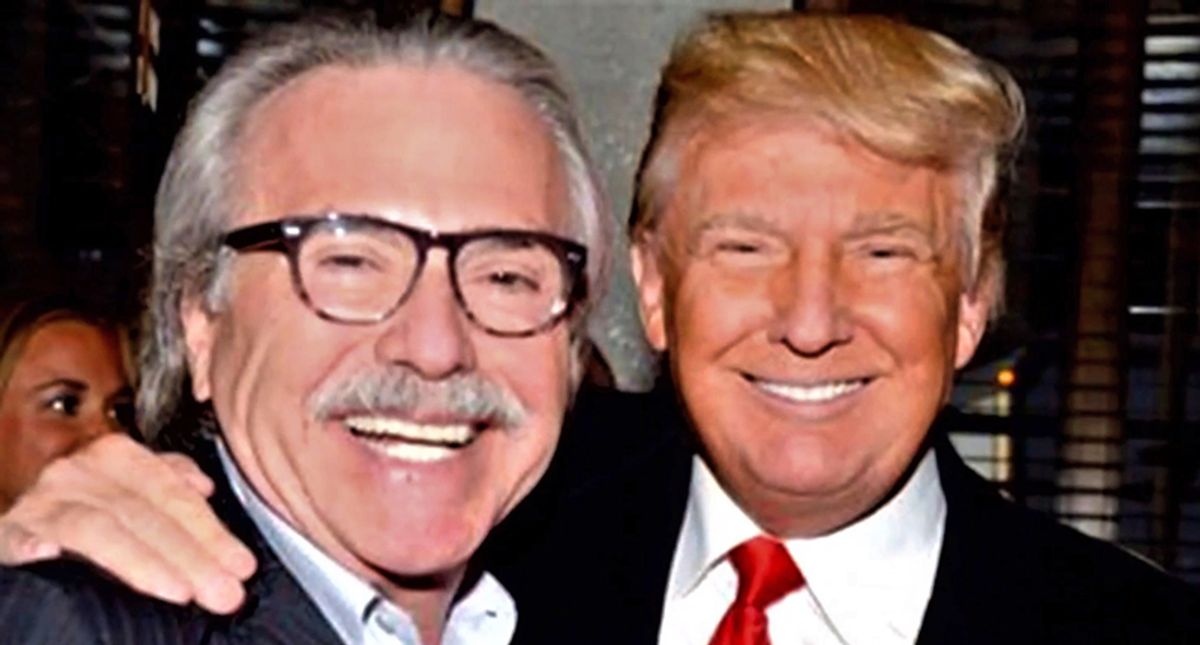 The ostensibly retired CEO of the National Enquirer's publisher is still protecting his longtime ally Donald Trump despite giving up his title and selling the tabloid's parent company.

David Pecker continues to serve as an executive adviser to A360 Media, which American Media Inc. rebranded as when it was acquired by another company, and sources at the publishing company say the 69-year-old is still making editorial decisions aimed at protecting the former president, reported The Daily Beast.

"The running joke is Pecker is behind the curtain pulling the strings just like The Wizard of Oz," one staffer told the website.

Pecker infamously turned the Enquirer into a weapon against Trump's rivals in the 2016 campaign, and he and disgraced Trump attorney Michael Cohen set up a costly "catch-and-kill" scheme to pay off the former reality TV star's mistresses.

The retired publisher's influence was apparent last week, when cover stories on the Jan. 6 Capitol insurrection in A360 Media's National Enquirer and Globe blamed the attempted coup on "white supremacists" and "neo-Nazi assassins" while neglecting the former president's role in inciting the deadly riots.

"When you run stories like the Capitol riots and not mention Trump, it raises eyebrows," said one A360 Media employee. "Why is Pecker still protecting Trump? I'm surprised no one has called out Pecker for his support of Trump."

Sources familiar with the situation told the Beast that Pecker is still picking covers, although National Enquirer and Globe editor-in-chief Dan Dolan denied that arrangement, but company insiders say the retired CEO is still calling the shots.

"At the end of the day it's all Pecker," said one insider. "They can say… that it's not really Pecker, but it is complete bullsh*t."