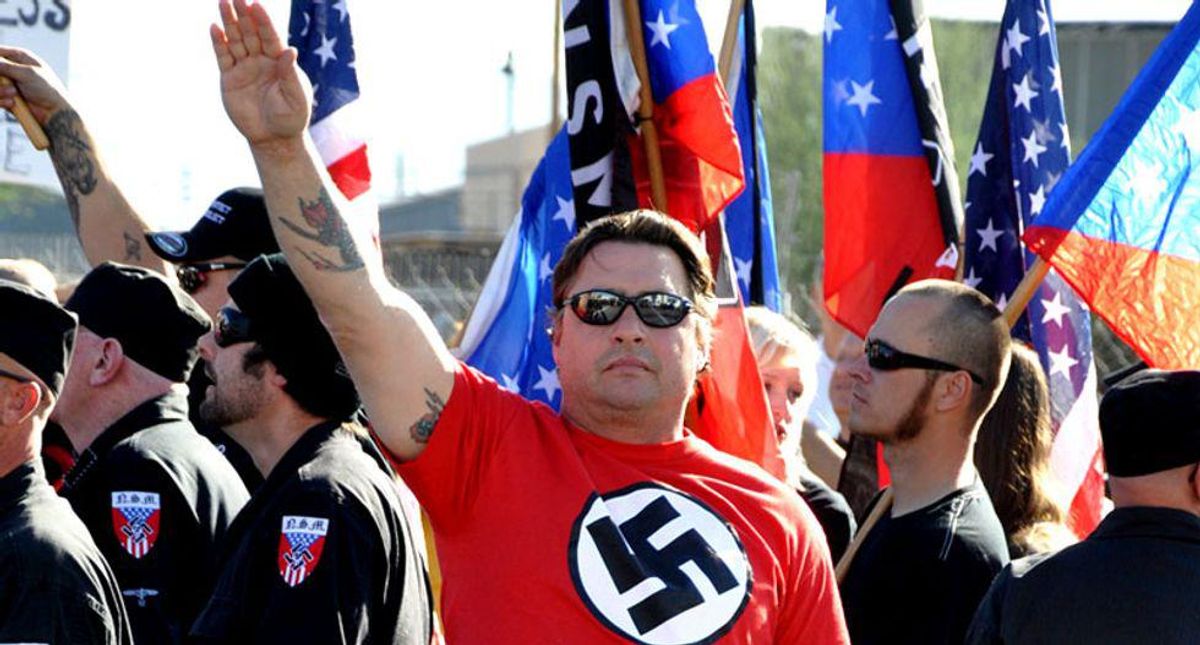 A neo-Nazi named Cameron Shea was sentence to three years in prison on Tuesday on charges of federal conspiracy, hate crimes, and threatening journalists who tried to expose anti-Semitism.

According to the Justice Department release, U.S. District Judge John C. Coughenour said, "This conduct cannot be tolerated. This kind of conduct has consequences… It is so serious that it requires a serious sentence."

Shea pleaded guilty in April. He and three other co-defendants were been charged with conspiring to use an online chat group to identify journalists and advocates exposing anti-Semitism and threatening them.

The accused were focused specifically on Jewish reporters and journalists of color, the release explained. The chat group consisted of Nazi symbols and memes as well as threatening messages to send to those they were targeting.

"Shea messaged the group that he wanted Atomwaffen members in different locations to place posters on their victims' homes on the same night to catch journalists off guard and accomplish a 'show of force,'" the DOJ said.

The posters were then sent to victims in Tampa, Seattle and Phoenix as well as an official at the Anti-Defamation League (ADL).

"Our Patience Has Its Limits . . . You have been visited by your local Nazis," the poster said, depicting a Grim Reaper figure holding a Molotov cocktail outside of a home.

Read the full release at the DOJ.