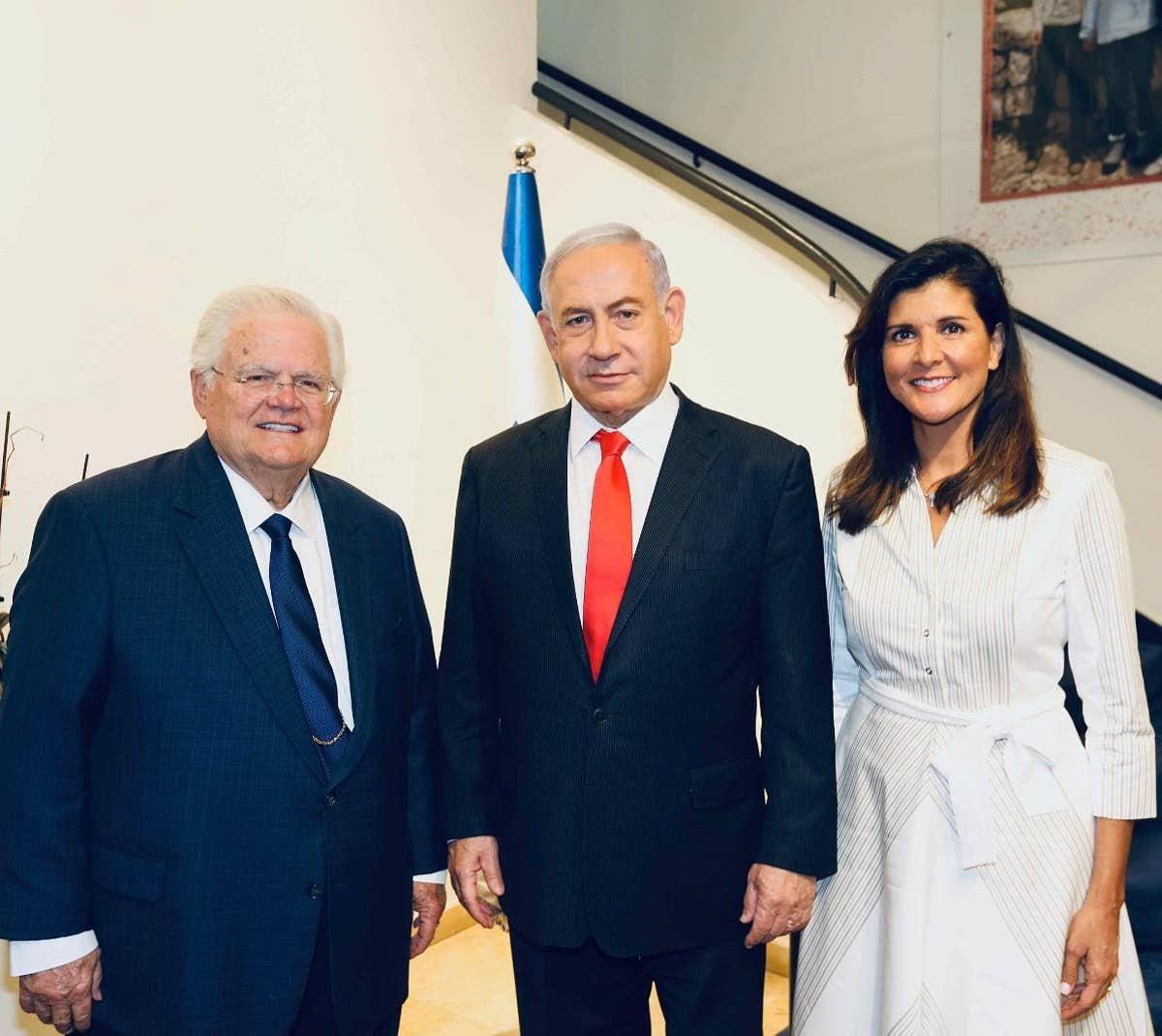 "NIKKI HALEY, NETANYAHU AND AN UNPRECEDENTED ACT OF CHUTZPAH:

Netanyahu hosted Haley in the prime minister's residence, where he is currently a guest. She described him as if he's still the country's leader. Together, they showed a lack of respect toward Israel's new government."

It did not get better in the body of the story for Haley nor for Netanyahu -- who presently sits on trial over charges of corruption. As a recent convert to Trumpism, the criminal wouldn't bother Haley, but this passage might:

"There is nothing unusual about an American politician, who is considering a presidential run, spending time in Israel and meeting with such dignitaries. But Haley's meeting with Netanyahu, and the way she described it afterward on her social media accounts, was unusual, undiplomatic and disrespectful toward the newly sworn-in Israeli government.

"Haley met with Netanyahu on Monday evening at the official residence of Israel's prime ministers, Balfour Street in Jerusalem. As the whole world saw on Sunday, Netanyahu is no longer Israel's premier – he lost that position in a democratic vote in the Knesset, and on Monday morning vacated his desk at the Prime Minister's Office to Naftali Bennett.

"But Netanyahu asked Bennett to give him and his family a few more weeks to pack their things and arrange their new life before leaving the official residence. Out of kindness and respect, Bennett agreed.

"Ever true to his habit of using the state's resources for his own personal interests, Netanyahu pocketed Bennett's gesture – and immediately used it for political purposes by hosting Haley in the residence as if he was still the sitting prime minister."

Haaretz has long been a fierce critic of Netanyahu, who it scorched in January for a "bromance" with Trump as members of the "Con-Men League." But the newspaper saved some of its sharpest criticism for Haley, who stuck the landing of an epic flip-flop to become a newly minted Trump sycophant just two months ago.

"She was understandably eager to get a photo with Netanyahu, who remains a hero to millions of Republican primary voters back home even after the majority of Israelis have grown tired of him and rejected him in four consecutive elections.

"To get that picture, she chose to accept Netanyahu's offer of a meeting in the official residence, regardless of how distasteful it is for an opposition leader to use the prime minister's residence as if it is his own private property."

And then the Israeli paper really teed off on the former U.S. ambassador to the U.N.:

Perhaps a less desperate guest, more sensitive to Israel's democratic traditions, would have insisted on a more appropriate location. But all of that is a minor problem compared to Haley's public description of the meeting.

"Time with Prime Minister Netanyahu is always invaluable," Haley wrote on her Twitter account. She added, after praising Netanyahu's "contributions to Israeli security," that despite his ouster, "we have not heard the last of him."

And the conclusion of the Haaretz analysis was biting:

"The fact that the meeting took place in the prime minister's residence, as if Netanyahu is still in office, suddenly looks not just impolite but harmful. It sends a message that the new government is illegitimate and that the "real" leader of Israel is actually the man tasked with leading the opposition.

"Haley gained great popularity in Israel when she was at the UN, and there's no doubt Israel will feature prominently in her presidential campaign if she indeed opts to run in 2024. It would be good, however, if on her way to fulfilling her own ambitions, she would show a little more respect for the Jewish state's democratic institutions and traditions."