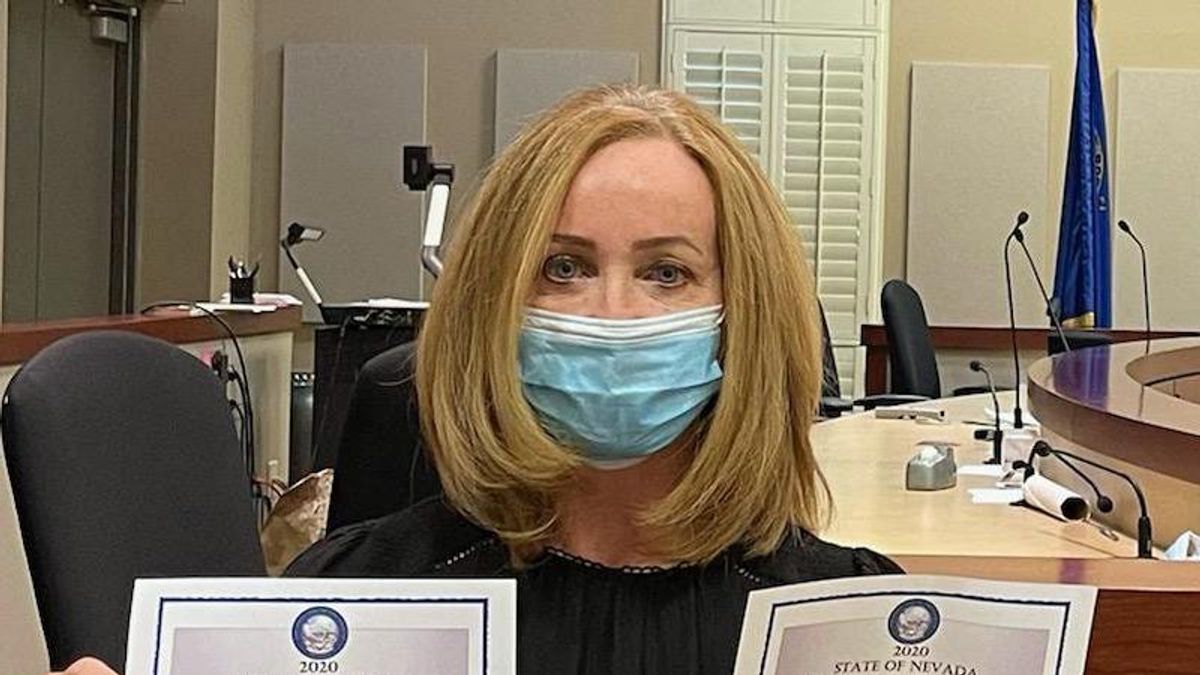 "On March 6, a coalition of progressive candidates backed by the local chapter of the Democratic Socialists of America took over the leadership of the Nevada Democratic Party, sweeping all five party leadership positions in a contested election that evening. Whitmer, who had been chair of the Clark County Democratic Party, was elected chair. The incumbents had prepared for the loss, having recently moved $450,000 out of the party's coffers and into the Democratic Senatorial Campaign Committee's account," The Intercept explained. "The battle between the insurgent progressive wing of the party and what's known in Nevada as the Reid machine — a tightly run operation still guided by former Senate Majority Leader Harry Reid — began five years ago, when Vermont Sen. Bernie Sanders organized support for his 2016 presidential primary run, while Reid was working behind the scenes to help his opponent, Hillary Clinton."

"I've been putting in the work," Whitmer said. "What they just didn't expect is that we got better and better at organizing and out-organizing them at every turn."

In the summer of 2020, a similar wave of resignations occurred in Clark County -- home to Las Vegas.

"Several key leaders within the Clark County Democratic Party, including Chairwoman Donna West and a handful of executive board and committee heads, have resigned as progressive leadership within both the county and state parties has swelled in recent months," the Las Vegas Review-Journal reported at the time. "The resignations come after months of infighting between progressives and 'establishment' Democrats over policy platforms."