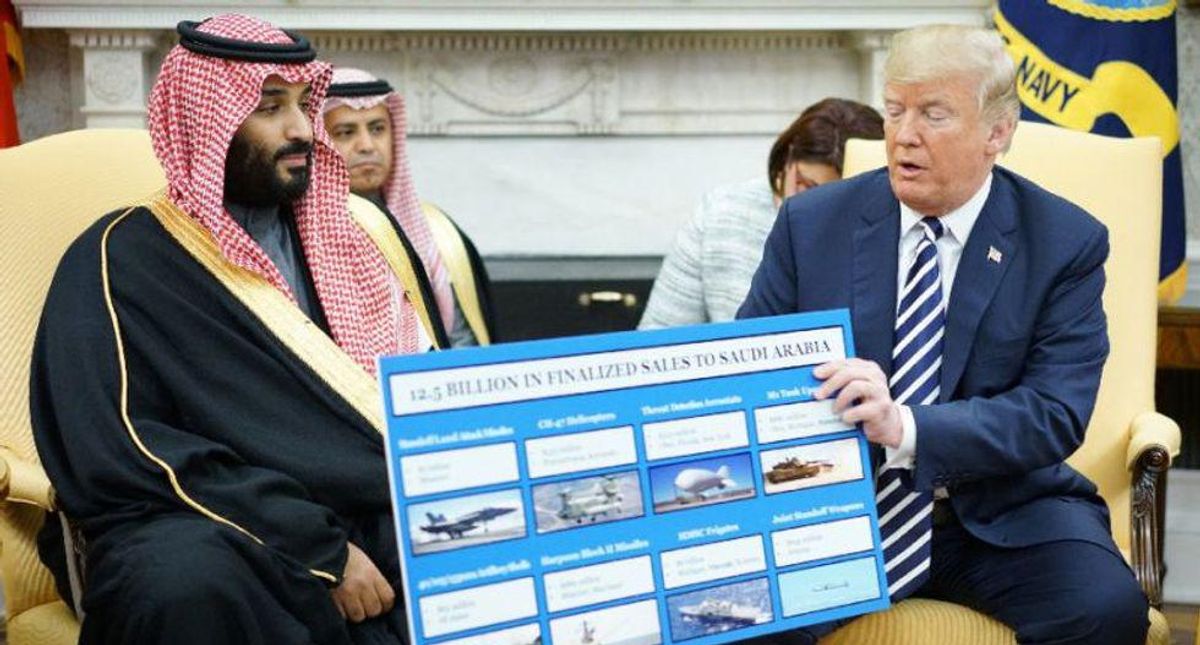 Under the proactive headline that asked, "A Foreign Agent in Trump's Inner Circle?" Goldberg wrote that documents included in the arrest of Barrack for allegedly violating foreign lobbying laws seem to indicate that he was promising his Middle Eastern contacts that he would push their "agendas" with Trump in office.

As Goldberg wrote, "Barrack's arrest is important. Trump's dealings with the Emirates and Saudi Arabia deserve to be investigated as thoroughly as his administration's relationship with Russia. So far that hasn't happened," with the columnist also noting that Rep. Adam Schiff made a point of telling Robert Mueller, "We did not bother to ask whether financial inducements from any Gulf nations were influencing U.S. policy, since it is outside the four corners of your report, and so we must find out."

According to Goldberg, there is no better time than the present after the Barrack indictment.

Making her case, she wrote, "The bipartisan Senate Intelligence Committee Report on Russian election interference discusses an August 2016 Trump Tower meeting whose attendees included Donald Trump Jr., George Nader, then an adviser to Crown Prince Mohammed bin Zayed, the Emirates' de facto ruler, and Joel Zamel, owner of an Israeli private intelligence company, Psy-Group," before adding, "If the allegations in the Barrack indictment are true, it means that while an adviser to the Emirates was offering the Trump campaign election help, an Emirati agent was also shaping Trump's foreign policy, even inserting the country's preferred language into one of the candidate's speeches. Prosecutors say that Barrack told a high-level figure they call 'Emirati Official 2' that he had staffed the Trump campaign."

Adding Barrack, "... is said to have traveled to the Emirates to strategize with its leadership about what they wanted from the administration during its first 100 days, first six months, first year and first term," Goldberg highlighted, from the report, "...prosecutors say another alleged Emirati agent named Rashid Sultan Rashid Al Malik Alshahhi — also indicted on Tuesday — texted Barrack: 'Our ppl wants u to help. They were hoping you can officially run the agendas.' According to the indictment, Barrack replied, 'I will!' Later, Barrack reportedly called Alshahhi 'the secret weapon to get Abu Dhabi's plan initiated' by Trump."

"There is no reason to attribute all of Trump's solicitude to Barrack. Trump likes and admires gaudy dictators and has his own financial interests in the Emirates. Barrack introduced Jared Kushner to some of his Gulf associates, but Kushner had his own reasons for pursuing alliances with them, particularly his push to get more Muslim countries to normalize relations with Israel," she added before concluding. "Still, if a member of Trump's inner circle turns out to have been an Emirati agent, that's a big deal. It's a reminder of all we still don't know about what went into the foreign policy of the most corrupt presidency in American history."