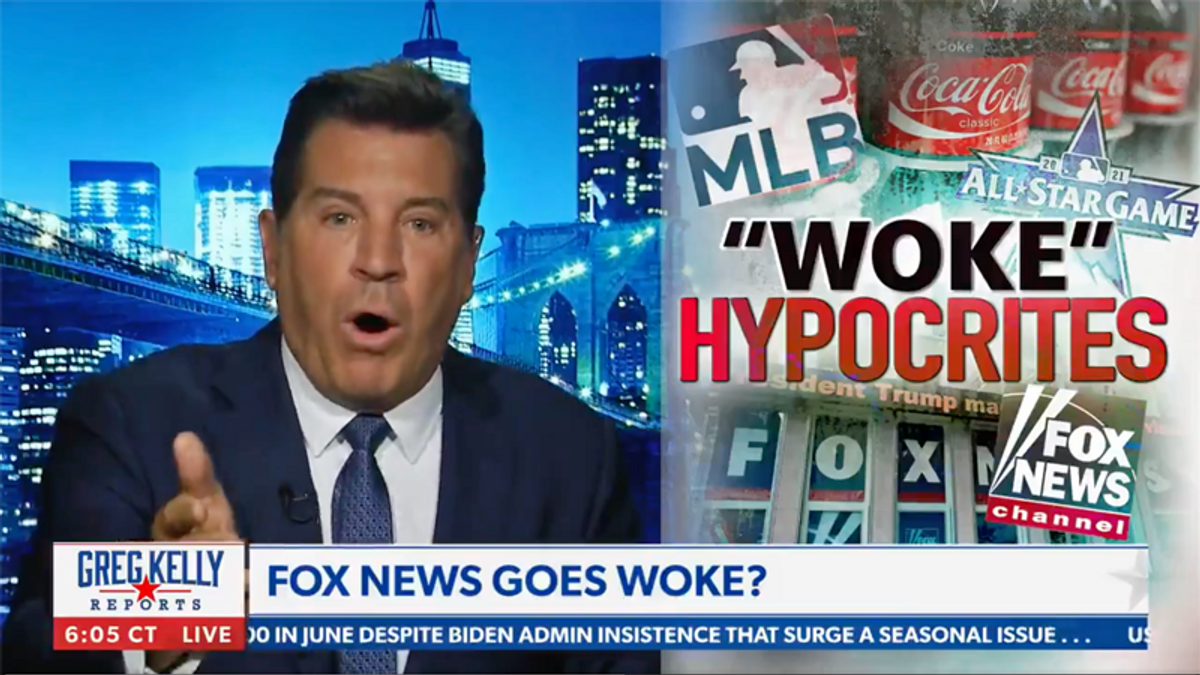 The network parted ways with Bolling in 2017 after an investigation of reports of sexual harassment by the conservative host.

"Speaking of blowing woke smoke, I have to call attention to Fox News," he said.

"They seem to hate the 'woke' cancel culture agenda as much as I do, but do they really?" he asked.

Bolling went on to discuss Major League Baseball moving the All-Star Game from Atlanta to Denver to protest the voter suppression bill passed by Georgia Republicans and signed into law by Gov. Brian Kemp.

Bolling falsely claimed that it would hurt Black-owned businesses because Atlanta is 51% Black. But the "Atlanta" Braves moved out of the city in 2017 to Cobb County — a place that experienced rapid growth due to "white flight" and is 62.4% white.

"I'm not racist," Bolling said, after playing a clip of him storming off-set after being called out on a BBC program.

He finally returned to his criticism of Fox.

"So Fox News, they raged — rightly so — about Coke going woke. But where were they after MLB canceled the All-Star Game over being woke?" he asked, playing a clip of a Fox News panel dubbed with the sound of crickets.

"Now I wonder why Fox was so quiet on the All-Star Game flip-flop, after all, they claim to be against the leftists ruining the country by constantly playing the race card here, there, and everywhere. And against the cancer that cancel culture is," he said.

"Why were they silent when it came to the All-Star Game. Look no further than their program guide, turns out Fox was broadcasting that Major League Baseball All-Star Game," he said.