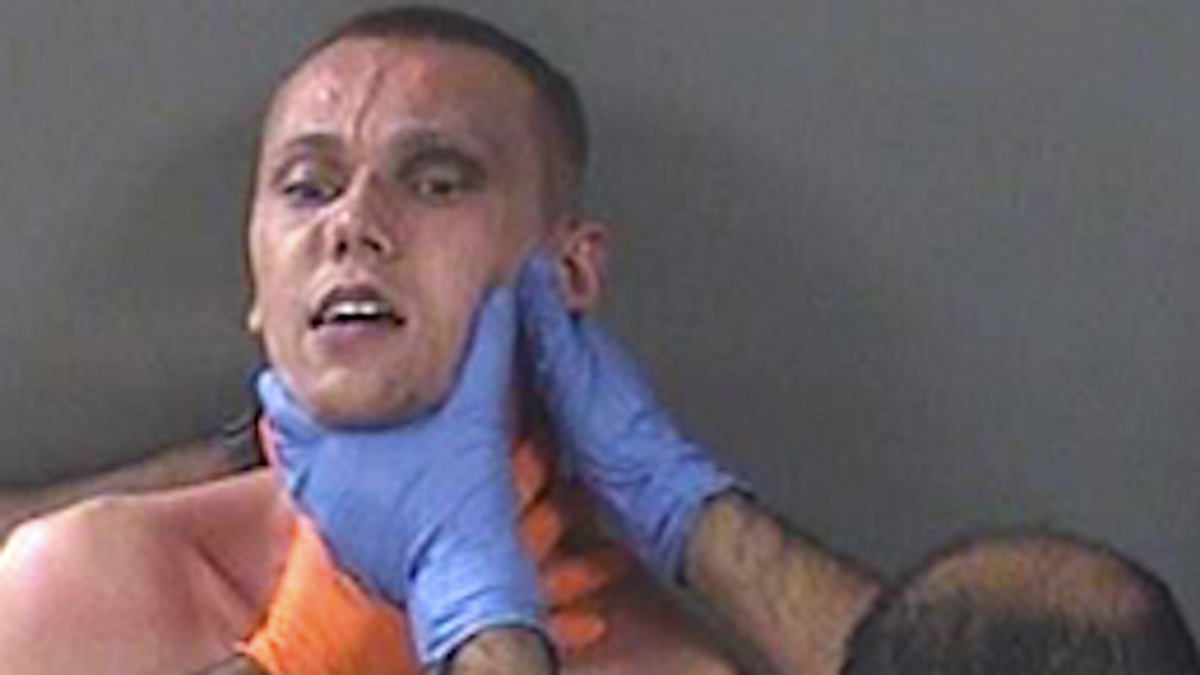 A newlywed hailed Donald Trump before scuffling with Florida jailers during a violent arrest for suspected driving under the influence.

Nicholas Ruthenberg struck a vehicle late Monday afternoon while driving the wrong way on a Vero Beach street and then fled on foot, while the other driver was hospitalized with neck, back and leg pain, but he was arrested a short distance away and police immediately suspected he was under the influence of an unknown substance, reported The Smoking Gun.

"All hail Donald Trump," said Ruthenberg, a registered Democrat, at the county jail as police said he failed a series of sobriety tests.

His blood-alcohol registered at 0.0, so police asked him to provide a urine sample to test for drugs, but Ruthenberg at that point took off his pants, spread his buttocks and stuck two fingers into his anus, so police placed him back in handcuffs.

Mugshots show Ruthenberg struggling with jail employees as they attempted to take his photograph.

The 25-year-old Ruthenberg was charged with DUI and leaving the scene of an accident causing serious bodily injury, and he was released from jail Wednesday on $2,000 bond.

Facebook photos show Ruthenberg was arrested the same day he was married, on his wife's 20th birthday, at the Indian River County Courthouse a few blocks from the crash scene.

Watch this story at The Raw Report.