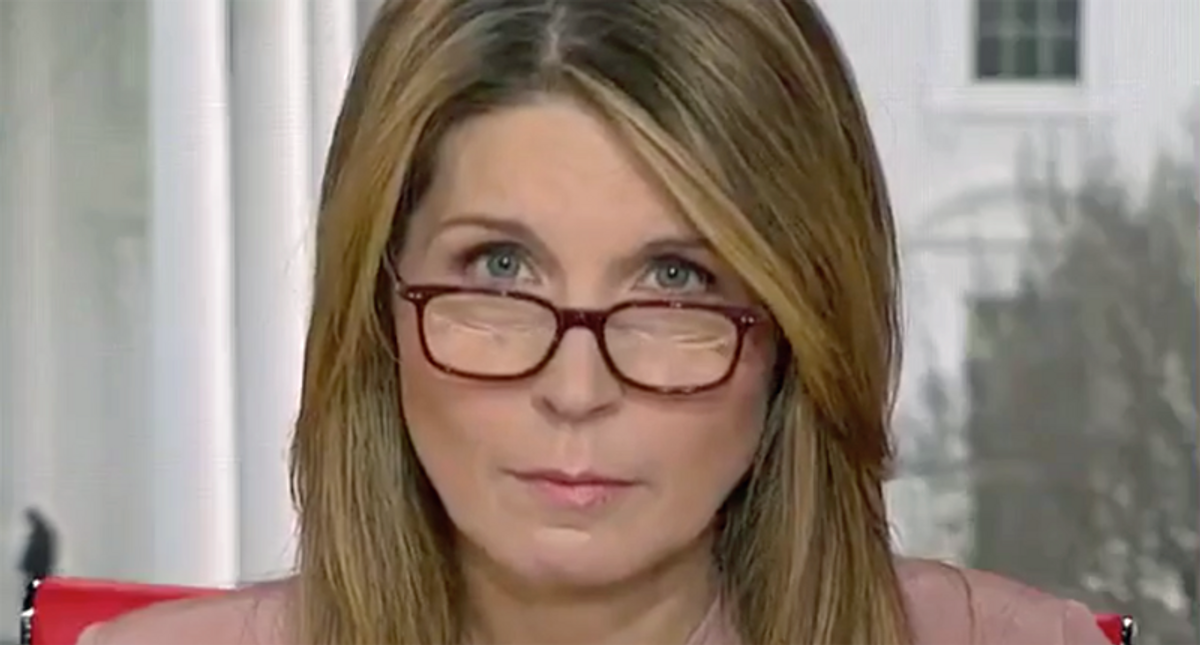 Former Republican and former communications adviser to President George W. Bush, Nicolle Wallace, predicted that many of the Republicans in office are "going home in two years."

"'Is ridiculous! Back to shameless again. Look at the amount of difficulty he was in," Heilemann said of Republican leader Kevin McCarthy (CA). "I won't say 'finds himself in,' he's placed himself in. Look, I think it's obvious that the deal that he offered to Democrats here was not a deal that he asked them to essentially get him out of the difficulty he was in. He did it purely for show. He knew that this deal, this arrangement would not be accepted. And now he's walked into this closed-door meeting this afternoon, I think able to, armed with, as he discussed with his caucus, 'Guys, you know, I made it very clear here, Democrats are not going to give us a way out. There's gonna be a vote on the floor tomorrow about this. We've got to solve this on our own."

He went on to say he doubts McCarthy even has a position on it, other than he wishes he didn't have to deal with it.

"The reality is he wishes, I'm sure, that she was not part of his life," said Heilemann. "At the same time, he suffers from the same terminal fear that a lot of these people do. Which is, he's afraid that if he gets cross eyes with her, get cross with a large part of the party and all of a sudden, won't be majority leader anymore and Jim Jordan will have his job. It's all kind of this gross naked political calculation in advancement. That's all it is. But the illustrative example of how gross it is in the case of Kevin McCarthy."

Wallace explained that Rep. Liz Cheney (R-WY) will not apologize for her vote on impeachment.

Stoddard said that the QAnon Caucus said that they had a list of 115 Republicans who were against her, but they failed to prove it. Meanwhile, Senate Leader Mitch McConnell (R-KY) is behind her and made it clear he's not a fan of Greene.

She said that the real danger for Greene and the GOP is from corporate donors.

"I mean, this now becomes the Qanon Caucus," said Wallace. "Kevin McCarthy's failure today wasn't just a failure to strip Marjorie Taylor Greene of her committee assignments, it was a failure to confront QAnon in the heart of the House Republican conference and I cannot fathom any company would give money to the House Republicans ever again for having a Parkland denier, 9/11 truther in their midst to have had today, to have had an opportunity handed to them to have cover from Mitch McConnell and Joni Ernst and the Wall Street Journal editorial page. Hello! These people write your checks! You are all going home in two years. Nuts."

GOP is gonna lose as the QAnon Party www.youtube.com