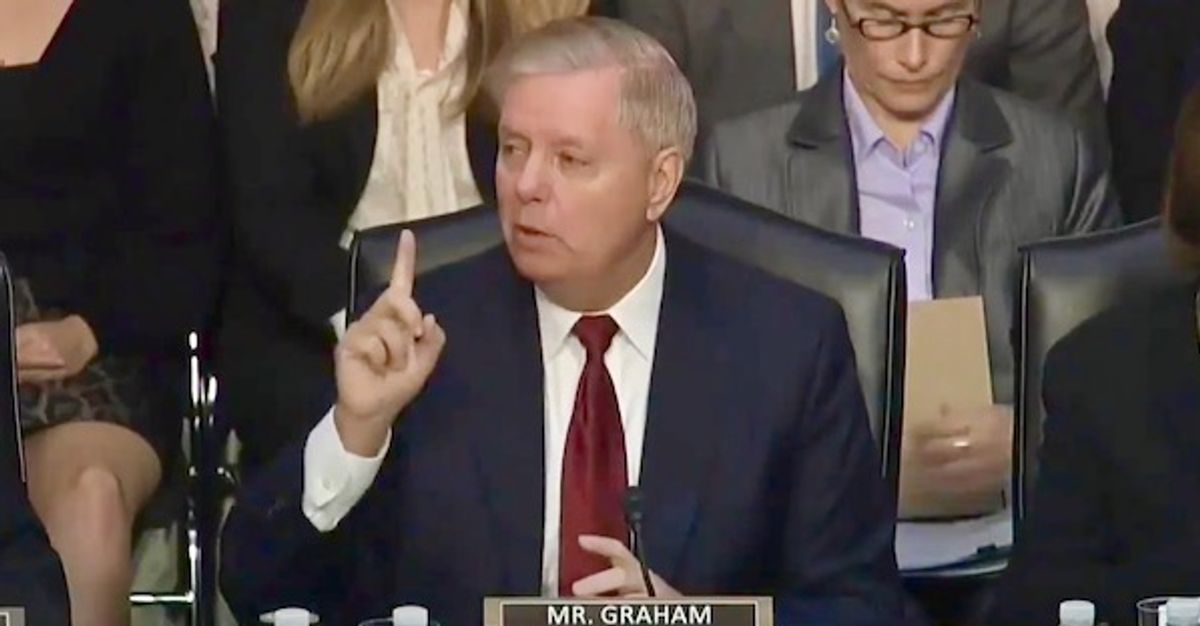 Not one Republican in the House or the Senate voted for the COVID-19 relief bill, which, according to former President Barack Obama press secretary Robert Gibbs, is a big political gamble. Previous polls showed 77 percent support for the bill and a Pew Research Survey released Tuesday put support for it at 70 percent.

Meanwhile, the GOP is struggling to figure out how to hold on to whatever power they have left and search for their own identities in the post-Trump era.

Playing the clip of Sen. Lindsey Graham (R-SC) from an Axios interview over the weekend, MSNBC host Nicolle Wallace said that "listening to him talk about harnessing the magic is like listening to a drug addict talk about taking the good parts out of cocaine." Graham told Axios that he wants to try and find the good parts of Trumpism and lift those up and keep the "dark side" away.

"That's their best hope, someone who could destroy something that they've spent their lives as a part of," said Wallace.

Politico reporter Eugene Daniels highlighted how Graham has evolved over the course of his relationship with Trump.

"It's a gamble. It is a huge gamble, right? It's not the type of loyalty that President Trump will give back, and it's the kind of loyalty that he's always demanded. He's someone who says, 'just trust me, follow me, I'm not going to tell you where we're going.' And he's not going to give that back, and so Graham seems like he's spent the last four and a half years kind of explaining away President Trump's worst instincts and he can't go back now, right? He can't go back to the person who was saying that President Trump shouldn't be the nominee of the party. He has to continue forward."

When there are people like Graham willing to follow Trump, Daniels said that Republicans are aware that it's a dangerous deal to make. Trump is already planning his revenge tour where he can trash Republicans who refused to support him and try and bring them down. It just adds more money the GOP will have to spend to defend them in 2022, at a time that many Republican Senators are retiring.

Lindsey Graham is like a 'drug addict trying to find good parts of cocaine' www.youtube.com