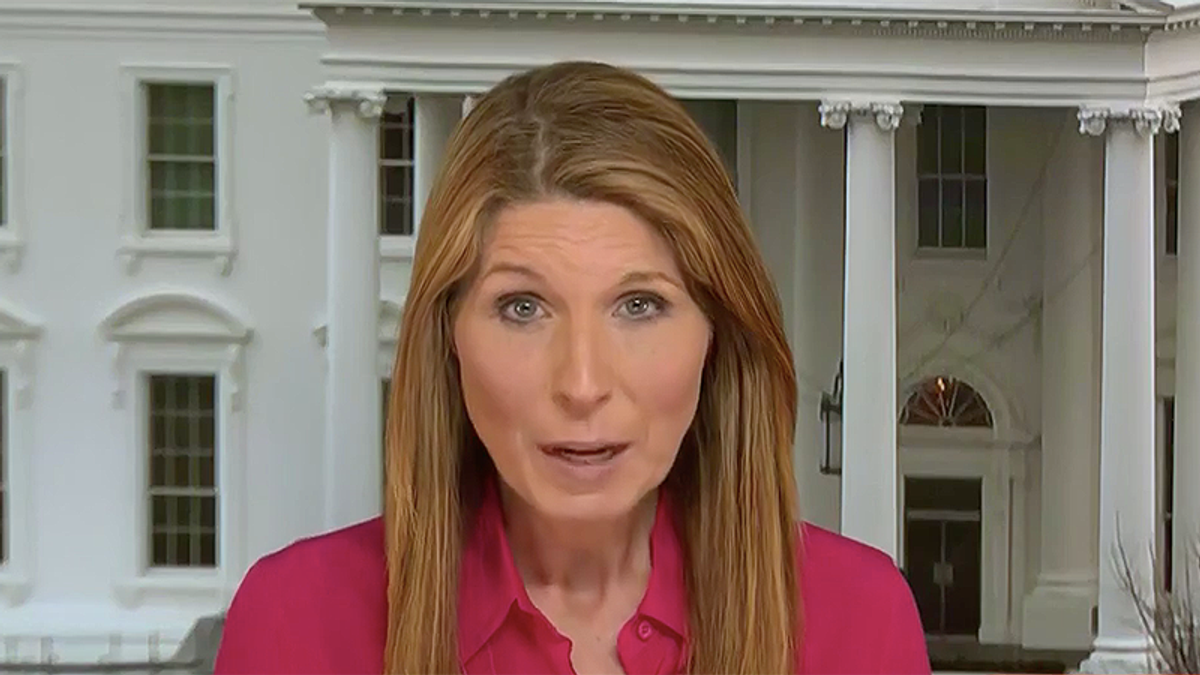 "But I have a totally different view on this," Wallace said. "Republicans want to stand with Donald Trump on inciting an insurrection? Knock yourself out. You'll make the job of burning the party to the ground faster and easier."

She read an excerpt from the Homeland Security bulletin posted Wednesday warning of anti-government domestic terror threats all over the United States.

"It's Donald Trump's freaking mission statement for the last three months of his presidency! He is the clear and present danger. He is the symbol of everything we're being warned about today!" Wallace said. "I mean, this really is a case where the lies uttered by Donald Trump and amplified by his allies on Fox News and OAN and everywhere else that his media sycophants project their messages now put all of our lives at risk. It's a stunning culmination of the role of disinformation from Russia in his election in 2016 to the role of disinformation after his defeat in bringing us to the brink of a practically unprecedented threat of domestic terrorism based on political violence."

In a discussion with Bulwark's Tim Miller and Dr. Jason Johnson, Wallace came back to the issues facing McCarthy and the members of his party who are threatening political violence. Fox News host Tucker Carlson has come to the aide of QAnon supporters like Greene, claiming that she is being persecuted for what she thinks.

She went on to say that what was revealed this week was that 45 Republicans voted not to even hold a trial for a president who incited an insurrection.

It "had all of them hiding in their own offices with furniture pushed up again the doors," she recalled. "What were they hiding for? If Donald Trump hadn't incited a violent insurrection that they were scared about. Why weren't they roaming the halls? If they weren't afraid, why were they in offices with furniture pushed up against a door? And my only point about the opportunity that Democrats have is that they have today, this bulletin describes the threat, they describe the world view of the people who right now and through the end of April, in the views of the people at the Department of Homeland Security -- the world view is the same word view as the views publicly espoused by the QAnon member of Congress."

Wallace went on to echo questions from Scarborough about why Republicans are so afraid to stand up to Trump and terrorists who attacked them.

"The magnitude of the threat for those who want to dismantle our government -- a threat addressed today by the Department of Homeland Security when it issued a federal bulletin of the increased threat of ideologically motivated violent extremists, possibly motivated to incite violence in the wake of Joe Biden's inauguration," she continued. "It's a warning that makes republican inaction even more frightening."

See the discussions below:

The Republican Party has been taken over by terrorists www.youtube.com