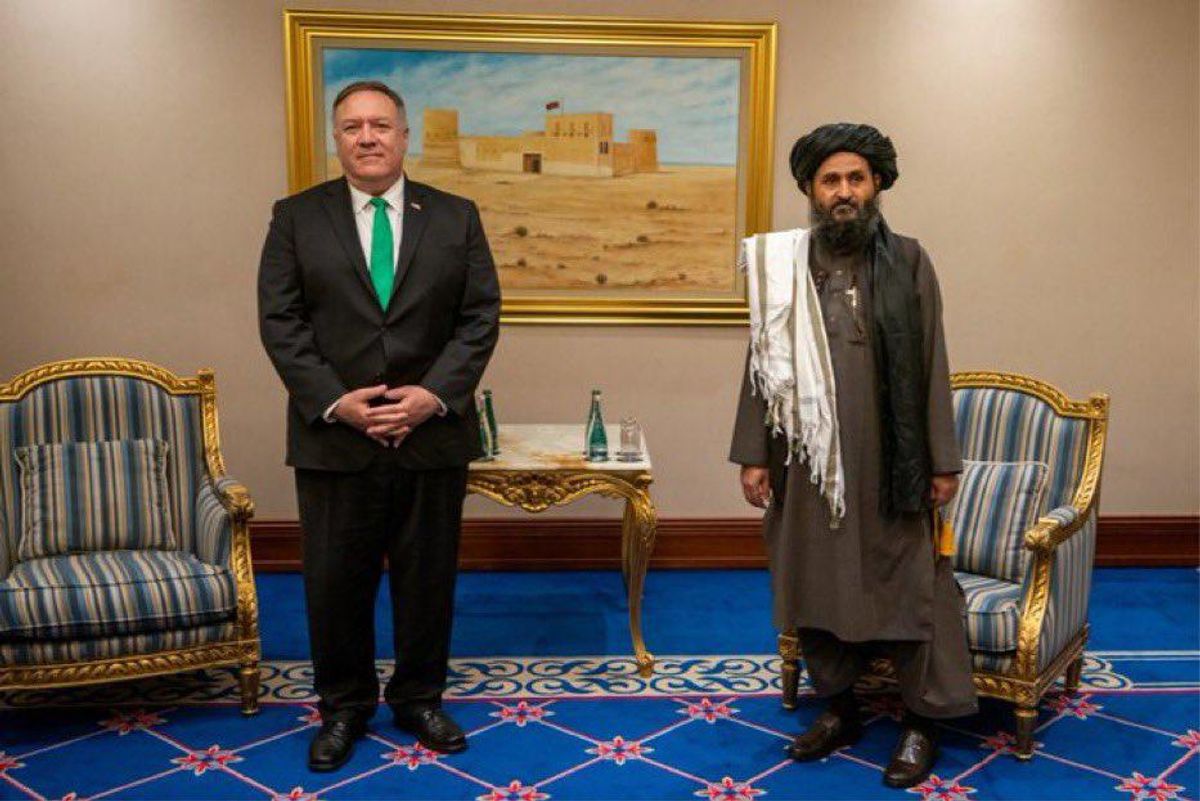 Former Trump United Nations ambassador Nikki Haley on Wednesday attacked President Joe Biden for negotiating with the Taliban during the withdrawal of American citizens and allies -- and it instantly blew up in her face.

Writing on Twitter, Haley expressed disbelief that the Biden administration would be holding talks with the Taliban during the withdrawal.

Of course, former President Donald Trump and former Secretary of State Mike Pompeo held repeated negotiations with the Taliban about withdrawing American forces and even came up with a plan to have all U.S. forces out of the country this year.

Many of Haley's Twitter followers instantly reacted by posting a photo of Pompeo meeting with a Taliban official and accused her of shameless hypocrisy for her attacks on the Biden administration.