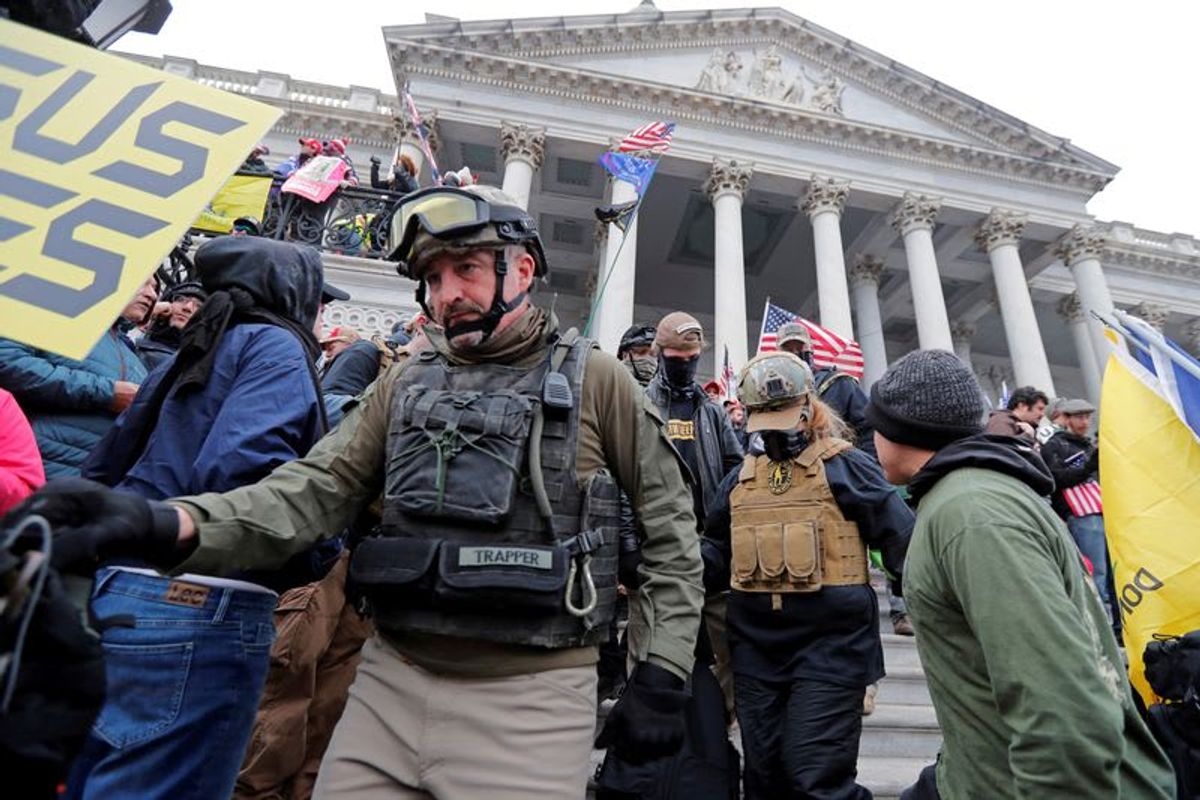 According to a report from Politico, lawyers representing Oath Keepers who have been indicted for storming the Capitol on Jan 6th in an attempt to stop the certification of the 2020 presidential election must be given a tour of the building itself so that they can prepare the defense of their clients.

That has an attorney representing the Capitol police expressing concern about what those attorneys may do with the information -- and whether it will be used for a second assault.

The report notes, "The department has begun arranging the tours for the Oath Keepers' attorneys as they build their defenses against the Justice Department's charges, some of the gravest lodged in the aftermath of the Jan. 6 assault on the Capitol," adding, "Prosecutors revealed the planned tours in court papers filed Friday morning. A dozen members of the Oath Keepers stand charged with conspiracy for their role in the Capitol breach on Jan. 6."

While there has been a battle over whether the attorneys will be allowed to take pictures during the tour, a Capitol police spokesperson said there is nothing they can do to prevent the tours "based on federal rules of criminal procedure, which require prosecutors to offer defense lawyers the ability 'to inspect ... buildings or places"'relevant to charged offenses."

In an affidavit he warned, "Our concern is that providing unfettered access to hours of extremely sensitive information to defendants who have already shown a desire to interfere with the democratic process will result in the layout, vulnerabilities and security weaknesses of the Capitol being collected, exposed and passed on to those who might wish to attack the Capitol again."

That, in turn, led federal officials to set strict guidelines for the tours, with Politico reporting they have established "a set of strict limits on the ability of defense lawyers to access evidence like surveillance footage that will be used in prosecuting many of the Justice Department's cases. The so-called protective order established to guide the Capitol breach cases permits the government to label some evidence 'highly sensitive,' which requires strict limits on how defendants may view it and who else they may share it with."