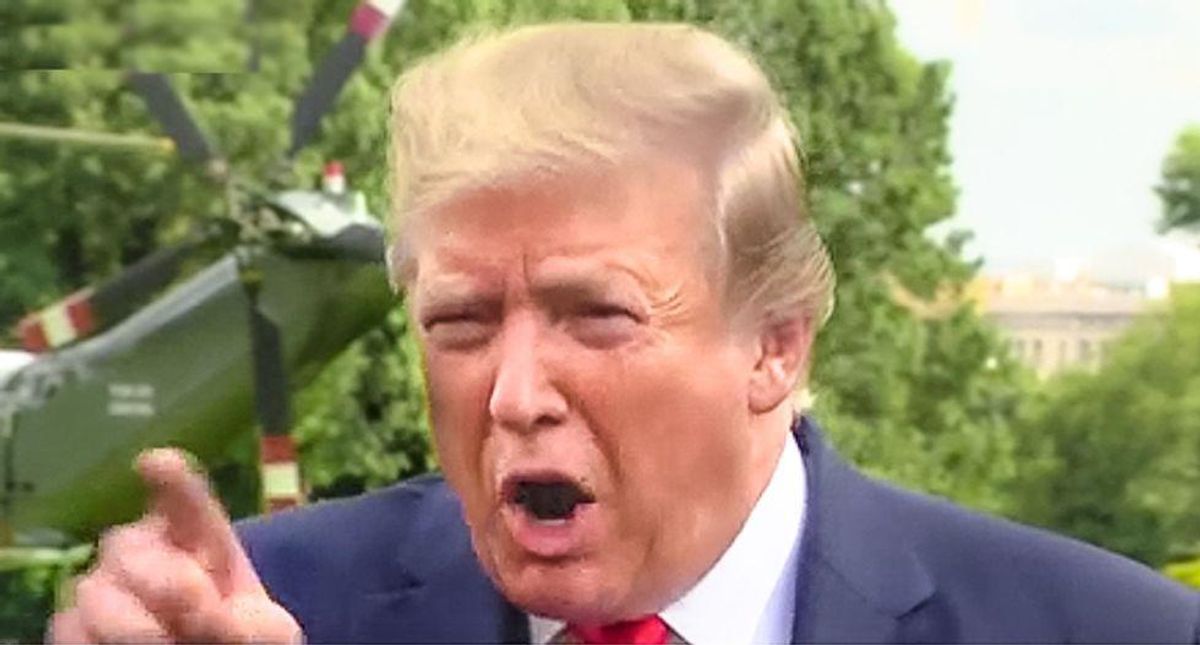 The Supreme Court this week shot down yet another lawsuit aiming to overturn the landmark Affordable Care Act -- and the law survived this time thanks to the actions of former President Donald Trump and Sen. Mitch McConnell (R-KY).

As NPR reports, the court ruled that the latest lawsuit against the ACA lacked standing because the states suing to overturn the law suffered no financial harm now that the penalty for failing to buy health insurance has been reduced to $0.

The reason that the mandate penalty was placed at $0 was because of the 2017 Republican tax cut package that the GOP passed via budget reconciliation, which effectively eliminated the mandate to buy health insurance while still keeping subsidies to help Americans pay for insurance plans.

Despite the fact that Trump's own actions caused the lawsuit's failure, his Justice Department nonetheless threw its weight behind the lawsuit without seemingly understanding that the president had planted the seeds of its demise.