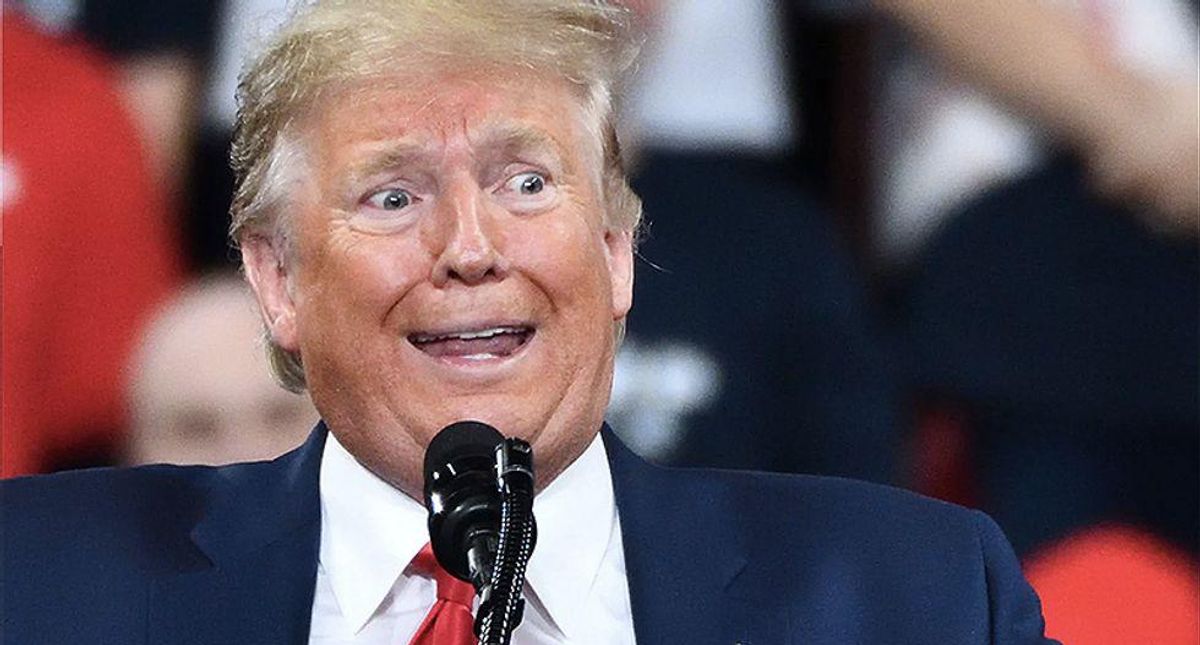 On Thursday, Politico reported that former President Donald Trump summoned four Republicans vying for the Senate nomination in Ohio for a vetting session that resembled a boardroom scene out of "The Apprentice."

It is the latest development in a race where everyone is seeking to tie themselves as closely to Trump as possible — the apparent default strategy in a traditionally right-leaning but competitive state where Trump vastly outperformed typical Republican presidential candidates, twice.

"The contenders — former state Treasurer Josh Mandel, former state GOP Chair Jane Timken, technology company executive Bernie Moreno and investment banker Mike Gibbons — had flown down to attend the fundraiser to benefit a Trump-endorsed Ohio candidate looking to oust one of the 10 House Republicans who backed his impeachment," reported Alex Isenstadt. "As the candidates mingled during a pre-dinner cocktail reception, one of the president's aides signaled to them that Trump wanted to huddle with them in a room just off the lobby."

"What ensued was a 15-minute backroom backbiting session reminiscent of Trump's reality TV show," continued the report. "Mandel said he was 'crushing' Timken in polling. Timken touted her support on the ground thanks to her time as state party chair. Gibbons mentioned how he'd helped Trump's campaign financially. Moreno noted that his daughter had worked on Trump's 2020 campaign."

Although Trump is out of office, lawmakers around the country are eager for his endorsement in 2022 races, which will be a major test of the former president's power to push through candidates aligned with his brand. An earlier report suggested Trump had to be talked out of making an early endorsement in the Ohio race.