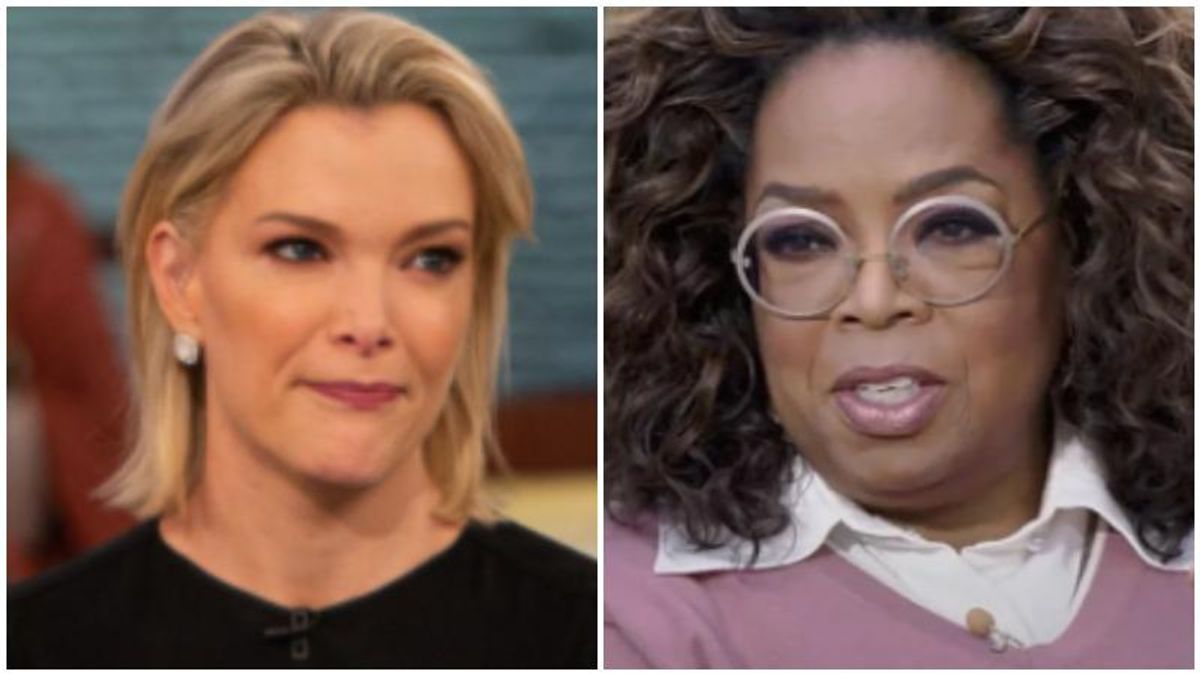 Former Fox News host Megyn Kelly offered some unsolicited advice to Oprah Winfrey while watching her bombshell interview with Prince Harry and Meghan Markle, and she was met with ridicule and criticism.

Kelly, who was paid nearly $30 million by NBC after losing her poorly rated program over her apparent defense of blackface, offered a litany of questions she wished Winfrey had asked in the interview, which reminded many viewers of the longtime talk show host's formidable skills.

"Oprah stayed too broad-I wanted more: 'who?...Be specific...what exactly did they say? Who was jealous of M after Australia? How did u know that? What do you mean ur family hasn't "educated themselves' the way u have? They're racists? WHO?'" Kelly groused. "Eventually they'd have to get specific."

Oprah stayed too broad-I wanted more: “who?...Be specific...what exactly did they say? Who was jealous of M after Australia? How did u know that? What do you mean ur family hasn't “educated themselves" the way u have? They're racists? WHO?" Eventually they'd have to get specific.
— Megyn Kelly (@megynkelly) March 8, 2021

Other social media users reminded Kelly of her own professional failures.

Ummm this why she is Oprah and you are sitting at the house tweeting.
— Kamyle Li (@kamyle_li) March 8, 2021

Nice second guessing. You would never have got this interview and Oprah made more news in two hours than you have in two decades. She might have brought down an empire and the monarchy while revealing racism and elevating the convo on mental health. Plus they're having a girl.
— Bob Vrbanac (@BobVrbanac) March 8, 2021

Maybe if NBC stops paying you $70M *not* to be TV you can interview someone newsworthy someday and show em how it's done.

If they thought you were qualified to interview them you would have been asked. Too bad what you wanted! He had the class to not name names. Use your imagination, there is not that many of them.
— Theresa (@T_4an) March 8, 2021

I think Oprah has this dialed in. You can just watch and learn from the master interviewer.
— So-Called Mikey LLC 🚜 (@MikeJinID) March 8, 2021

I guess it's fitting that the woman who saw no problem with blackface doesn't see the racism thrown at Meghan and her child. Disappointing but unsurprising.
— Antoinette O (@AntoinetteOcean) March 8, 2021

You're just jealous cause Oprah got the interview and you didn't. #OprahMeghanHarry pic.twitter.com/fGCtJvPoV6
— E (@SilverEulalia) March 8, 2021

Well Oprah asked those questions if you were listening.Why does it matter? It happened & that's enough. The Establishment should be ashamed. Great interview by @Oprah She's excellent at interviewing
— jL0fty (@julofty) March 8, 2021

Yes of course. Because you held Trump's feet to the fire? Sit down.
— Suburban Voyeur™️ (@subvoyeur) March 8, 2021

That's why O got the interview and you didn't. I don't disagree with you, but she got a heck of a lot more than most would have
— Rob Stoto (@RobStoto) March 8, 2021

Megyn Kelly critiquing Oprah. Can we get a Ben Shapiro hot take on how LeBron could improve his game?
— Jeff (@RonJeffords) March 8, 2021

I don't care for Oprah, but she is excellent at what she does. She is the most successful media personality in history. Now, as for your track record, lets just say I saw your show on NBC and leave it at that..........LOL
— Tired Old Man (@wabell0007) March 8, 2021