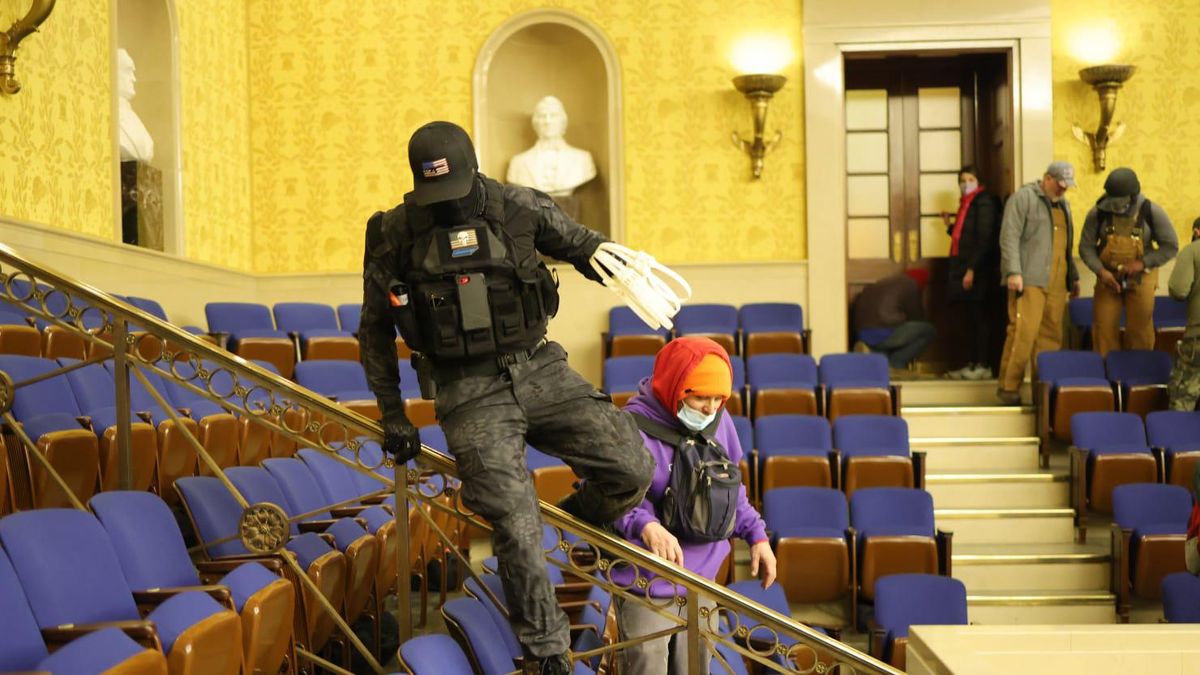 "The early takeaways are terrifying," the duo wrote. "According to at least one preliminary analysis, the frequency of hashtags on Parler referencing hanging or killing duly elected members of Congress more than doubled after the November elections."

Rondeaux, a senior fellow with the Center on the Future of War, and Hurlburt, director of New Models of Policy Change at New America, called on President Joe Biden's administration to develop a long-term plan for confronting the escalating threat from right-wing insurgents who recruit and plot anti-government actions online despite getting chased from site to site.

"Extremists don't just vanish — they tumble into 'smaller and smaller rabbit holes,' in the words of researcher Peter Singer," they wrote. "Those rabbit holes make up a large, growing and uncontrollable far-right media universe."

Parler has returned in a new form after its banishment from large hosting services, but Rondeaux and Hurlburt said congressional action may be necessary to establish stronger accountability for tech companies whose services help spread disinformation and calls for violence.

"While the tech industry must take more assertive action on moderation, policymakers must also acknowledge that the self-policing model adopted by Facebook, Twitter, Google and Amazon and others is broken," the pair wrote. "All sides would be better served by the adoption — and vigorous enforcement — of legal norms for online content moderation, incitement and expectations of privacy."