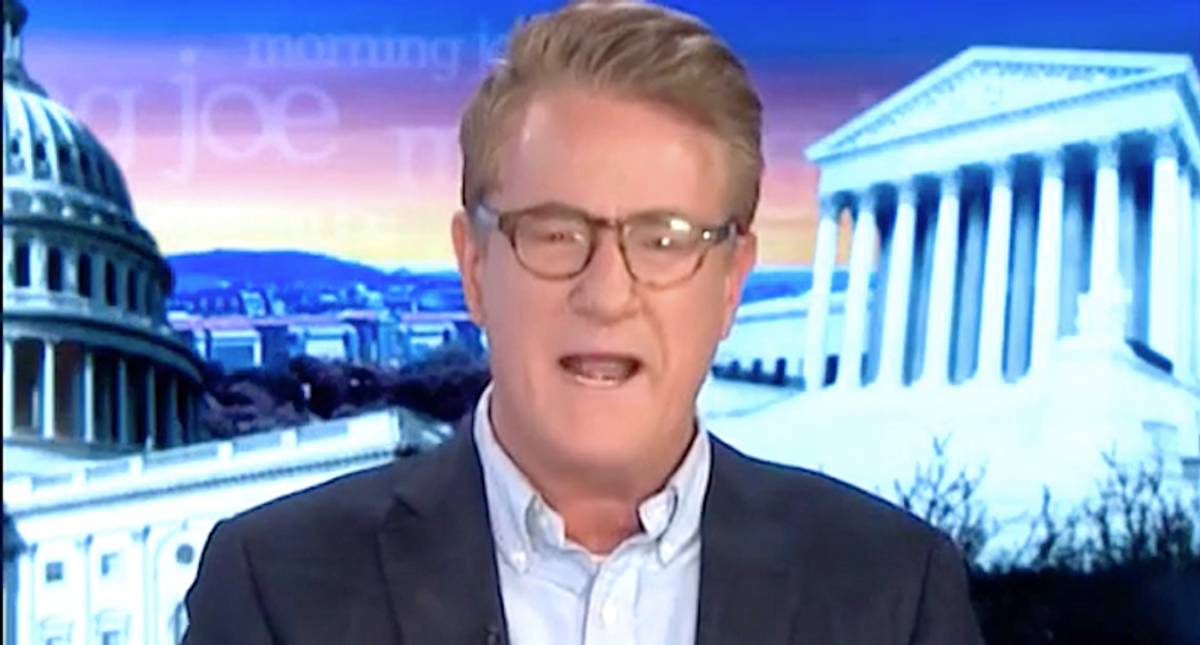 MSNBC's Joe Scarborough uncorked a lengthy rant against the "lunatics" and "morons" pushing back on basic coronavirus safety measures with the end of the pandemic in sight.

Millions of vaccines are being administered each day, but cases are beginning to climb in many areas as states loosen restrictions and new variants spread, and the "Morning Joe" host bashed conservatives who warn that carrying proof of vaccination is draconian -- or possibly even satanic.

"Here we are with over half a million people dead and, you know, we heard from Dr. [Deborah] Birx this weekend, talking about how after the first 100,000, if they had done a better job, if Donald Trump had not been so resistant, they would have been able to save so many lives, and here we are," Scarborough said, "I'm now -- I'm now hearing lunatics -- and I'll call them lunatics -- that are now of course still pushing back on the masks."

"But now we're saying if we that are now, of course, still pushing back on the masks, but now we're saying if we somehow identifies as having a vaccine, like it's part of satan or the mark of the devil -- or Nazi Germany," Scarborough added. "The idiocy is just beyond us. They're acting recklessly and irresponsibly. They're being stupid and following conspiracy theories. They're following a failed game show host or reality TV show host and they don't understand, I guess, maybe they're such morons they don't understand this, if ) want to go to a baseball game with my son, who has a history of upper respiratory issues, I don't want a bunch of idiots sitting anywhere near us in Fenway [Park] or a little league baseball park that haven't taken the vaccine."

He said the rights they claim are infringing on the rights of others.

"If they don't want to take the vaccine and they want to die, that's their right as Americans," Scarborough said. "They don't have to take the vaccine and they can die or they can get really sick. They can live in ignorance and stupidity. They have that right, even though they're hurting other people, but don't tell me we can't do something so smart people, who actually follow science, who actually want to take care of their children, who actually want to save their neighbors' lives, who actually want to make sure everyone around them is safe, they can't tell us what to do, and our government, our sports teams, our concert promoters damned well better put together something where you can show your vaccine receipt or you can have something on a ticket stub that shows it."

"This anti-science idiocy, you know, let them do that under a rock or in their caves," he added. "But the time to try to reason with these people has long passed."