"In the weeks and days leading up to the riot, Representative Gosar urged supporters to take action against election certification, repeatedly insisting that the election had been stolen and participating in rallies alleging voter fraud," Jayapal charged.

Among the five bullet points Jayapal used to make the case, one noted conspiracy theorist Ali Alexander said Gosar had helped plan the events and called him "the spirit animal of this movement." Another noted out Gosar's speech at the rally preceding the riots, when he said, "You get to go back home once we conquer the Hill [and] Donald Trump is returned to being president."

Gosar is now arguing in a response to the Ethics Committee that there was not an insurrection as he repeated his "Big Lie" about election fraud and complained about "Blue Anon" -- which is how some on the far right fringes have labeled those who call out their conspiracy theories.

Even though the Trump supporters who stormed the Capitol chanted "hang Mike Pence," Gosar claims it is "fundamentally ignorant" to state that there was an insurrection. 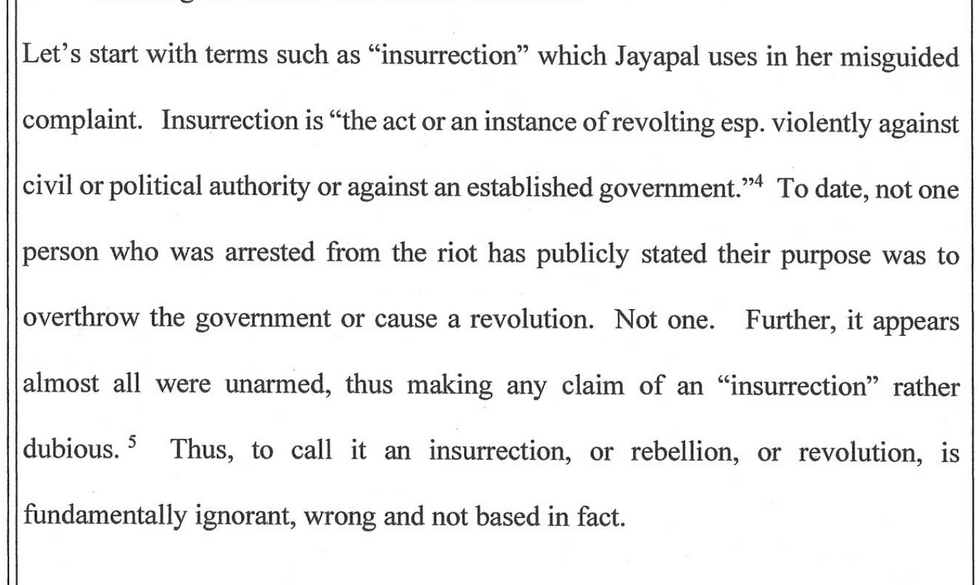