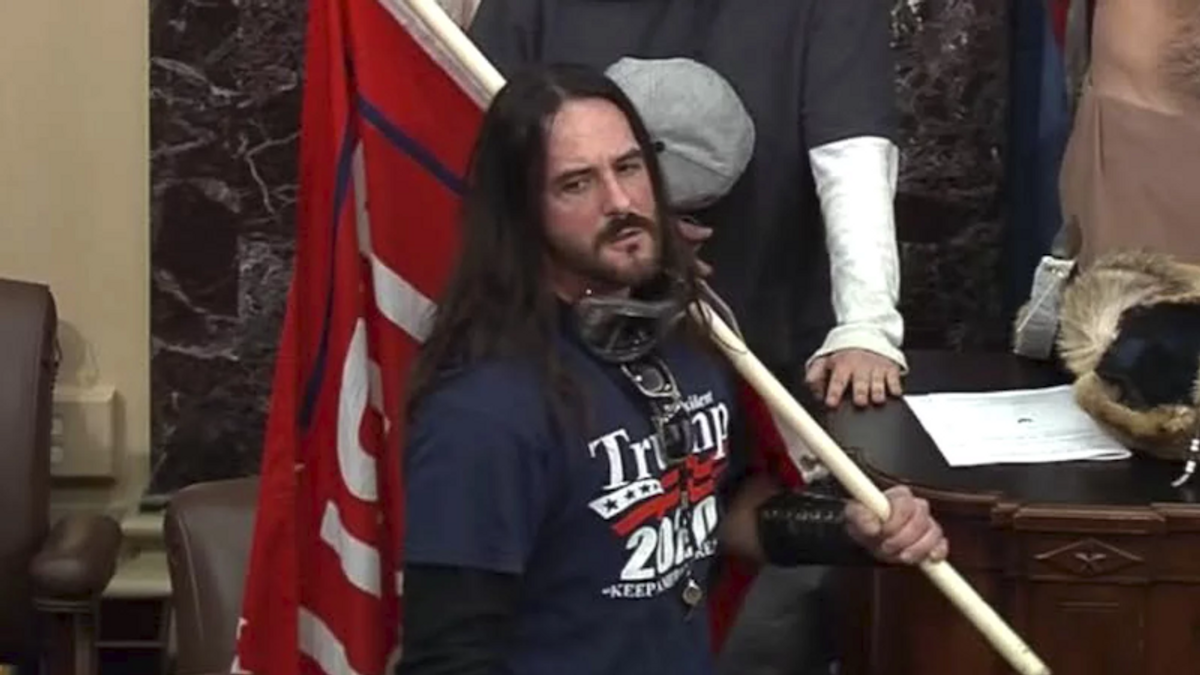 A Capitol rioter who was sentenced to prison in July is now claiming, through his new attorney, that his signature was forged on a plea agreement.

Paul Hodgkins, a crane operator from Florida, is attempting to take back his guilty plea, arguing that his previous attorney — Patrick LeDuc — bullied him into accepting it.

During a hearing Wednesday, Hodgkins' new attorney — Carolyn Stewart — claimed a handwriting expert will testify that someone forged her client's signature on the plea agreement. Hodgkins says he "can't remember what he signed and wouldn't have signed this version," according to reports.

U.S. District Judge Randolph Daniel Moss responded to Stewart's forgery claim by pointing out that Hodgkins stated under oath, during his plea hearing, that the signature on the agreement was his. Moss suggested that Stewart could be putting her client at risk of perjury charges if Hodgkins is now alleging his signature was forged.

Meanwhile, prosecutor Mona Sedky said the allegation of forgery would need to be raised at a separate hearing, adding that she understood the mistake because Stewart is "a relatively new attorney with just a few months experience."

Wednesday's hearing was supposed to be about the question of whether Hodgkins can delay going to prison while he tries to take back his guilty plea, not about the substance of his claims, according to Washington Post reporter Rachel Weiner.

But in response to the forgery claim, Sedky said Hodgkins gave a "very extensive colloquy" when he pleaded guilty. "I have the transcript (from the plea hearing). I'm happy to quote you back," the prosecutor said.

Stewart responded that "no one knows what paper was sitting on the table in front of him" when her client entered his plea.

Judge Moss ultimately declined to take up the forgery allegation — suggesting to Stewart that she could file a bar complaint against LeDuc.

"There's a reason the court does spend a lot of time going through the plea agreement," Moss said, adding that he did so in this case, and Hodgkins expressed no concerns.

Hodgkins was sentenced to eight months in prison, as well as two years of probation, after pleading guilty to a single count of obstructing an official proceeding. He was the first insurrectionist to be sentenced for a felony, in what some viewed as a "bellwether" for how others facing similar charges might be treated.

Hodgkins was not accused of any violence, but he carried a "Trump 2020" flag onto the Senate floor after lawmakers had been forced to flee.

According to NBC4 Washington investigative reporter Scott MacFarlane, Hodgkins is scheduled to report to federal prison in Florida on Monday.