Speaker Pelosi tears up describing what rioters did — then calls Trump 'deranged, unhinged and dangerous' 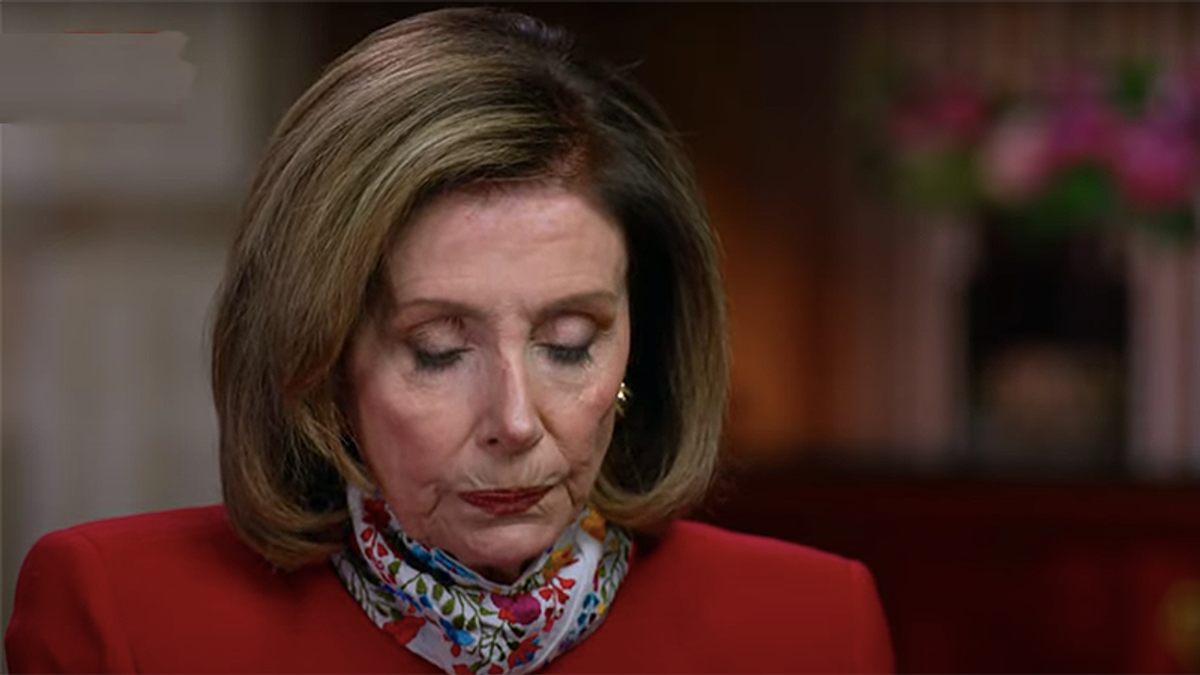 In an interview with House Speaker Nancy Pelosi Sunday, CBS's Lesley Stahl asked who was running the executive branch of the U.S. government right now.

"Well, the person who's running the executive branch is a deranged, unhinged, dangerous president of the United States," Pelosi said. "He has done something so serious that there should be a prosecution against him."

Standing in the gallery of the House, Pelosi recalled the Capitol Police pulling her from the podium.

"I think it's universally accepted that what happened," Pelosi said, tearing up, "was a terrible, terrible violation of the Capitol. Of the first branch of government, the legislative branch by the president of the United States."

She went on to walk Stahl through her office suite, showing her the door that was broken down by the rioters. Her staff was behind the next door with furniture pressed up against it, hiding in the dark under a conference table for over two hours. A recording from a staffer's phone captured the sounds of the men pounding on the door and trying to break into the second section of offices.

She showed the damage in the Speaker's private office. The office isn't exactly Pelosi's so much as it belongs to whatever House Speaker is in charge. Pelosi is merely a steward of a long-standing office that looks over the National Monuments at the seat of the U.S. government.

Those who breached the Capitol and came after Pelosi were part of a well-organized group, she said, citing intelligence. "The direction was to 'go get people.'" Videos showed the rioters chanting "hey Nancy," looking for her in the building.

It's one of the main reasons that people are now calling for the resignation of QAnon Congresswoman Lauren Boebert (R-CO), who released information about Pelosi's location on Twitter amid the riot.

The attack on her office came just days after her personal home in California was vandalized with a pig's head and fake blood on the driveway.