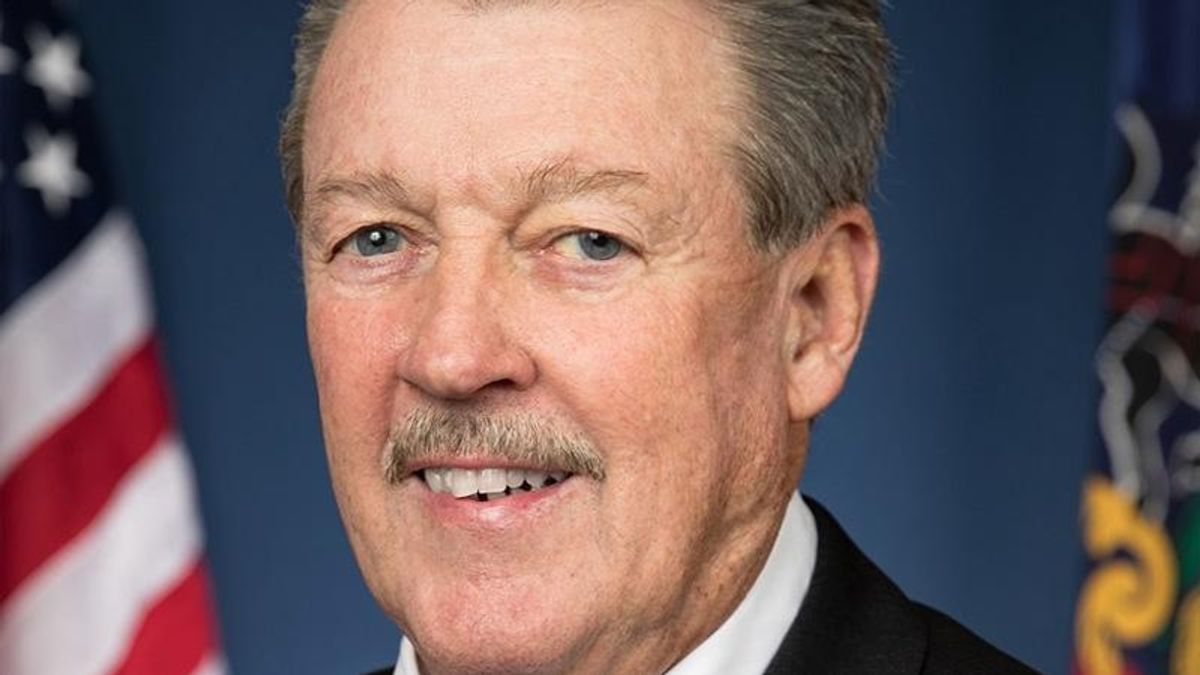 The GOP majority removed Democratic Lt. Gov. John Fetterman, who was to preside over the ceremony, and president pro temp Jake Corman took over instead and prevented Sen. Jim Brewster (D-Allegheny County) from being sworn in, reported the Inquirer's Abraham Gutman.

The Republican State Senator in Pennsylvania just set a very dangerous precedent: as long as your opponent refuses to concede, you will not be sworn in. No matter that the *highest court in the state* already said the election is Kosher.

Here they are being sworn in. pic.twitter.com/UVaYTYCWDX
— Abraham Gutman 🔥 (@abgutman) January 5, 2021

Republican Nicole Ziccarelli has challenged Brewster's win, asking the courts to throw out 311 mail-in ballots from Allegheny County that lacked a handwritten date on the outer ballot envelope, as required by law, but the state's Supreme Court permitted those votes to count.

Nearby Westmoreland County, which partially sits within Brewster's district, did not count undated ballots, and Ziccarelli complained to U.S. District Court that her due process and equal protection rights were violated, although Brewster and Democratic officials argued federal courts had no jurisdiction to overturn a state court decision.

Jim Brewster, mensch, asked that all other Democratic senators be sworn in. He didn't want the issue around his election to take away from the celebratory nature of the day for others, according to Williams. They are sworn in, including @NikilSaval of Philadelphia. pic.twitter.com/czrC2M4eli
— Abraham Gutman 🔥 (@abgutman) January 5, 2021

Sen. Kyrsten Sinema, the controversial Arizona Democrat who threatens to derail President Biden's legislative agenda, received more than $750,000 in donations from the pharmaceutical and medical device industries. After that, she announced her opposition to a Democratic plan to lower prescription drug costs.

Sinema told White House officials that she opposes House and Senate bills that would allow Medicare to negotiate drug costs, sources told Politico this week. Democrats estimate these bills would save $450 billion over the next decade and thereby pay for a large portion of President Joe Biden's $3.5 trillion spending plan. The budget bill would expand child care, health care and paid family leave and would fund programs to combat climate change, among other measures. Three House Democrats have also balked at the plan, although they have offered a "centrist" alternative that would drastically limit which drugs are subject to Medicare negotiation. Sinema reportedly opposes that proposal as well. During her successful 2018 Senate campaign, Sinema repeatedly vowed to lower prescription drug prices and drug costs for seniors.

As Congress launched a historic bailout to keep businesses afloat at the outset of the pandemic, government officials stressed that the loans were for mom-and-pop operations that didn't have another easily available lifeline.

"This was a program designed for small businesses," then-Treasury Secretary Steven Mnuchin said, as companies like Shake Shack and Potbelly made headlines for grabbing millions from the newly created Paycheck Protection Program. "It was not a program that was designed for public companies that had liquidity."

Never one to shy away from cheap political theatrics, Sen. Josh Hawley of Missouri has been calling for President Joe Biden to resign in response to the Taliban taking over Afghanistan — failing to mention that Biden was essentially following former President Donald Trump's plan for withdrawing U.S. troops from that country. The Kansas City Star's editorial board, in a scathing editorial published on September 16, lambasts the Missouri Republican for "shamelessly exploiting" the Afghanistan crisis.

"Missouri's best-known insurrectionist, Sen. Josh Hawley, is still trying to accomplish what he could not pull off with his power-to-the-rioters raised fist on January 6," the Star's editorial board writes. "You're not going to believe this, but in a Senate floor speech, he called on President Joe Biden to resign. It's a difficult speech to watch, shamelessly exploiting as it does the deaths of U.S. servicemen and servicewomen for political gain."