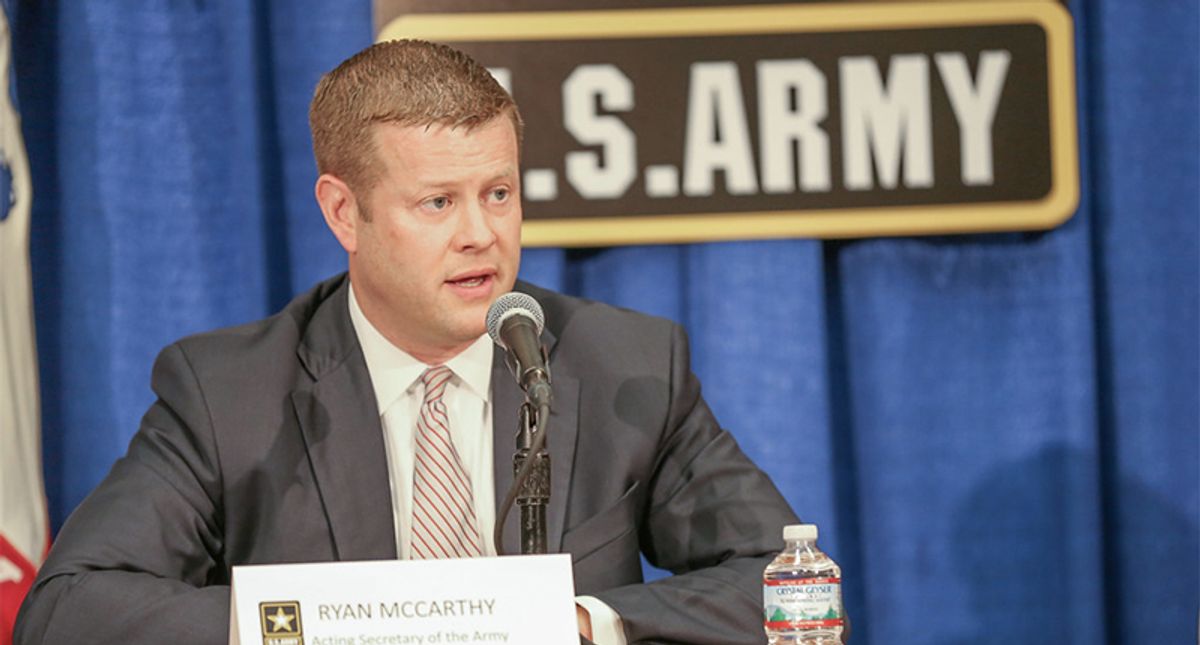 Another book about the final year of Donald Trump's presidency will be released Tuesday. This one, by Washington Post reporters Carol Leonnig and Philip Rucker, is extensively well researched and goes into much greater detail about interactions between the Trump White House and members of the House, Senate and Pentagon.

"I Alone Can Fix It: Donald J. Trump's Catastrophic Final Year" reveals a key piece to the ongoing questions about the failures on Jan. 6 and failures at all levels of government to protect the U.S. Capitol.

A former special counsel for the Department of Defense, Ryan Goodman, outlined how the book exposes discrepancies in the Pentagon's timeline for that day. Goodman placed the two side-by-side revealing some omissions that the Washington Post reporters were able to uncover.

"Despite Milley recommending that the Pentagon call up neighboring National Guard units immediately, Ryan McCarthy hadn't gotten around to it until more than 2 1/2 hours after the Capitol was breached. About 750 Guard troops from Maryland would soon begin arriving, along with 620 from Virginia," the book says.

McCarthy was serving as Secretary of the Army at the time. In a January statement to Congress, he claimed that the National Guard that was on hand in Washington on Jan. 6 had "no contingency" in place if things escalated. As CNN reported, McCarthy also "told Congress that alternate plans would only have happened if the US Capitol Police or local authorities in Washington requested it."

Goodman reveals that the book has a reference to a 2:30 p.m. meeting in which Milley recommends officials "send out a call for National Guard reinforcements from the nearby states." The Pentagon's timeline shows that at 2:30 p.m. there was a meeting about the Washington, D.C. Guard. The timeline then reveals that there was a 4:18 p.m. meeting about other states' Guards.

The DOD also omitted from their timeline a 4:39 p.m. call between Acting Secretary of Defense Chris Miller and White House chief of staff Mark Meadows along with Mitch McConnell, who joined the call sounding "furious." The item is in the Rucker/Leonnig book but doesn't appear in the Pentagon timeline.

One, he said is: "Does Army Secretary McCarthy finally get around to calling Maryland's Gov. Larry Hogan (R-MD) at 4:40 p.m. only after 4:39 p.m. call where McConnell sounds furious about DoD lack of action?"

Another question he had was if McConnell's request to the Department of Defense "to clear the building incongruent with what DoD ultimately does, which is deploy the Guard only to the perimeter (and late in the day)?"

Acting Secretary of Defense's chief of staff, Kash Patel, told a reporter: "I was talking to Meadows, nonstop that day," so it raises even more questions.

He noted that it should cast doubts on the Pentagon's report, which could necessitate an investigation into what else might be omitted by the Pentagon and why.