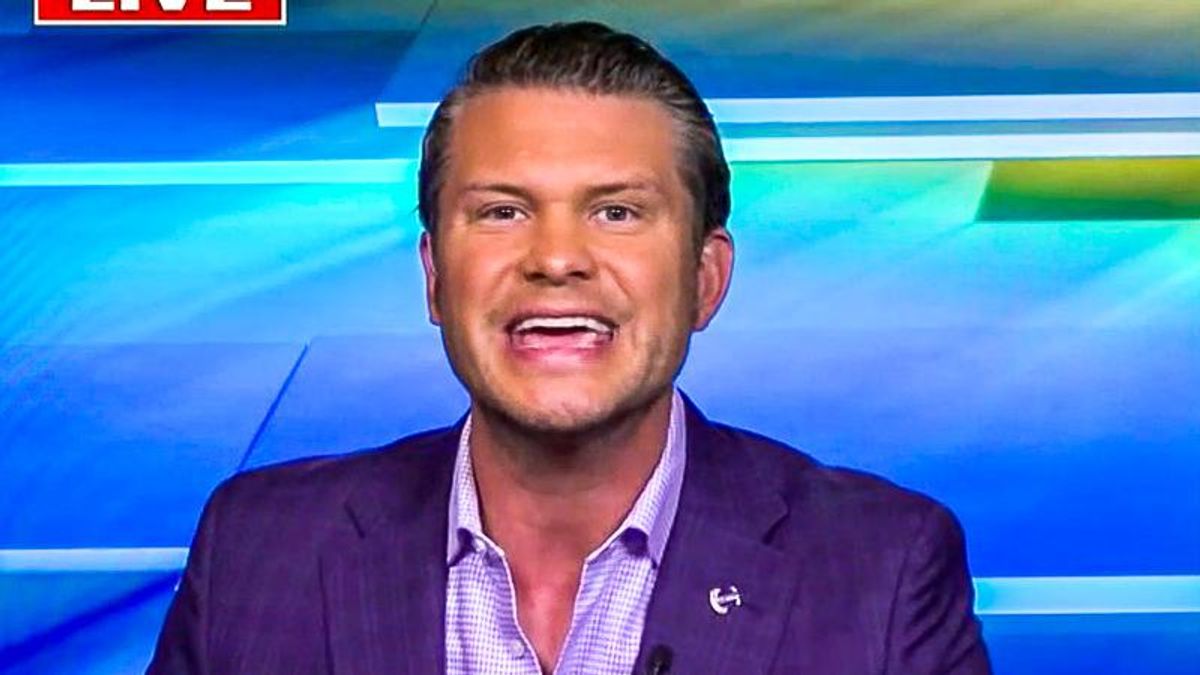 Fox News host Pete Hegseth on Thursday said that he can understand why throngs of violent insurrectionists who back President Donald Trump tried to take over the U.S. Capitol this week.

"But it wasn't because Donald Trump gave a speech and then told people to do something in the Capitol," he insisted. "Ultimately, to a man and to a woman, I talk to a lot of them yesterday... they said this is a culmination of a feeling I have where my country has been taken over by the left, my voice is being censored and silenced, I'm being cancelled, my institutions are being fundamentally changed by the left, socialists want to takeover and transform our country."

According to Hegseth, Trump supporters are upset because their only recourse is to vote.

"They feel like, using COVID as a justification, mail-in ballots, ballot harvesting, going past the constitutional prerogatives of state legislatures, that option has been taken from them too!" he opined. "And so what do folks expect to happen? Ultimately, how might this manifest."

"This is the result of a frustration that a lot of people feel," he remarked. "The images didn't shock me because if you understand how people feel about the moment we're in right now, we feel like we're at a crossroads."

"People weren't going in [the Capitol] to target individuals, to kill somebody," he said. "They were going in there symbolically. Let me make a big difference here. And I'm not rationalizing it, I'm not justifying it. You know, you shouldn't be breaking into public buildings."

He added: "Yesterday's incident was at the Capitol, the people's House, and what I saw as a result of it was photos of people sitting in Nancy Pelosi's chair, sitting in the House chamber. Again, shouldn't happen but these are symbols they want to show to the world to remind people, left and right, Republicans and Democrats."

"Ultimately, you have to be responsible to the needs of people," the Fox News host concluded. "People feel like they're not being listened to, like their vote is being ignored. That's a problem, regardless of the actions of the few, whether they were Trump supporters or not, happened on Capitol Hill."