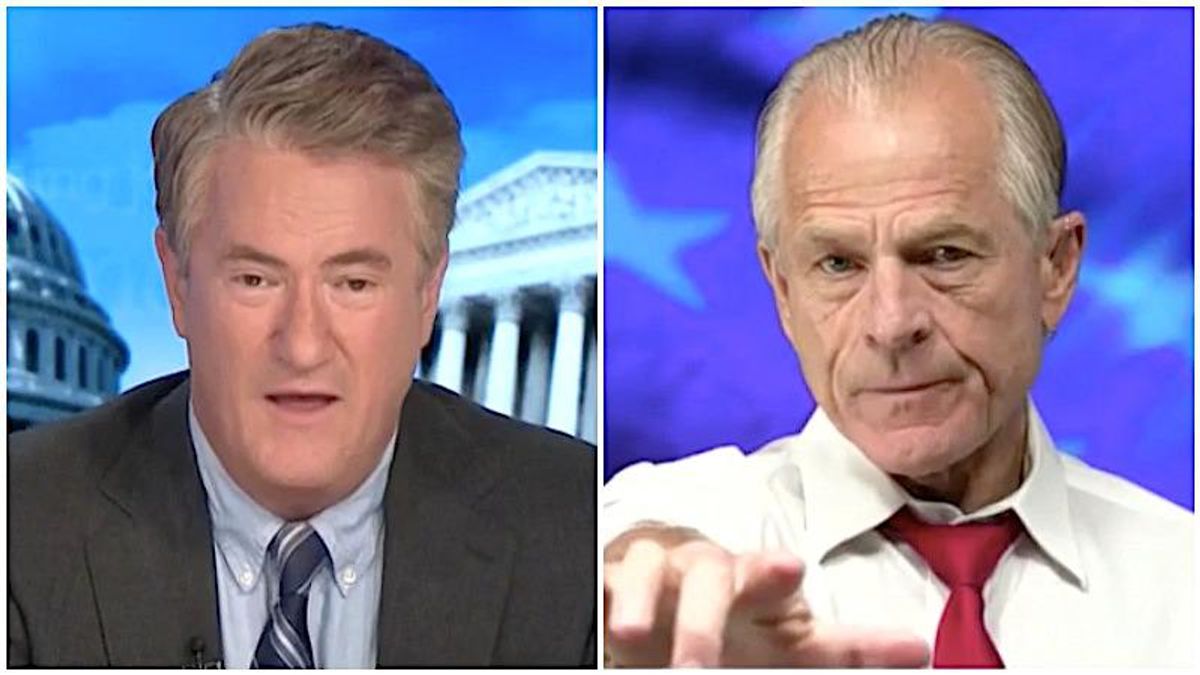 Peter Navarro, a former trade adviser to Donald Trump, smeared Fauci as the "father" of the coronavirus after he criticized the former president's handling of the pandemic, and the "Morning Joe" host blasted the conspiracy theories that undermined public health.

"I can't tell you about how many people called me about 'Plandemic,' a piece-of-garbage conspiracy theory, people believing lies about Anthony Fauci that he killed people during the AIDS epidemic and stands to make tons of money," Scarborough said, "and yet, Facebook just kept it up, and kept it up, and kept it up, and Mika [Brzezinski], you and I saw a clip from Fox News yesterday with Peter Navarro and what he was allowed to say on Fox News without any pushback. Oh my god, it's something I would have expected to be up on Facebook and then be taken down. I'm really shocked what that guy got away with saying. The same guy who, by the way, had written a memo back in January correctly saying that half a million people could die from this pandemic if Donald Trump did nothing. Yeah, guess what, Donald Tump did next to nothing."

"If you're a news operation, that's fireable, and it goes on and on," she said. "We see it all the time on certain news networks, and these -- a lot of viewers, they have a lot of viewers. "

The producers rolled the clip for Scarborough, who was visibly angry over Navarro's claims.

"It's sickening that we had to play that, and I hardly ever play garbage that other networks show," he said. "But that was so offensive, deeply offensive, that they just need to be called out. The fact that they allowed somebody without any pushback call Anthony Fauci the father of the virus, talking about the communist Chinese and genetically this that and the other from a lab that Anthony Fauci funded is just so deeply offensive. Again, the sort of thing that would be taken down from Facebook, who has the lowest standards, sorry, the lowest standards for truth regarding this pandemic, and yet, they run this on a national network. Now we're going to be hearing idiots running around repeating that in Congress."