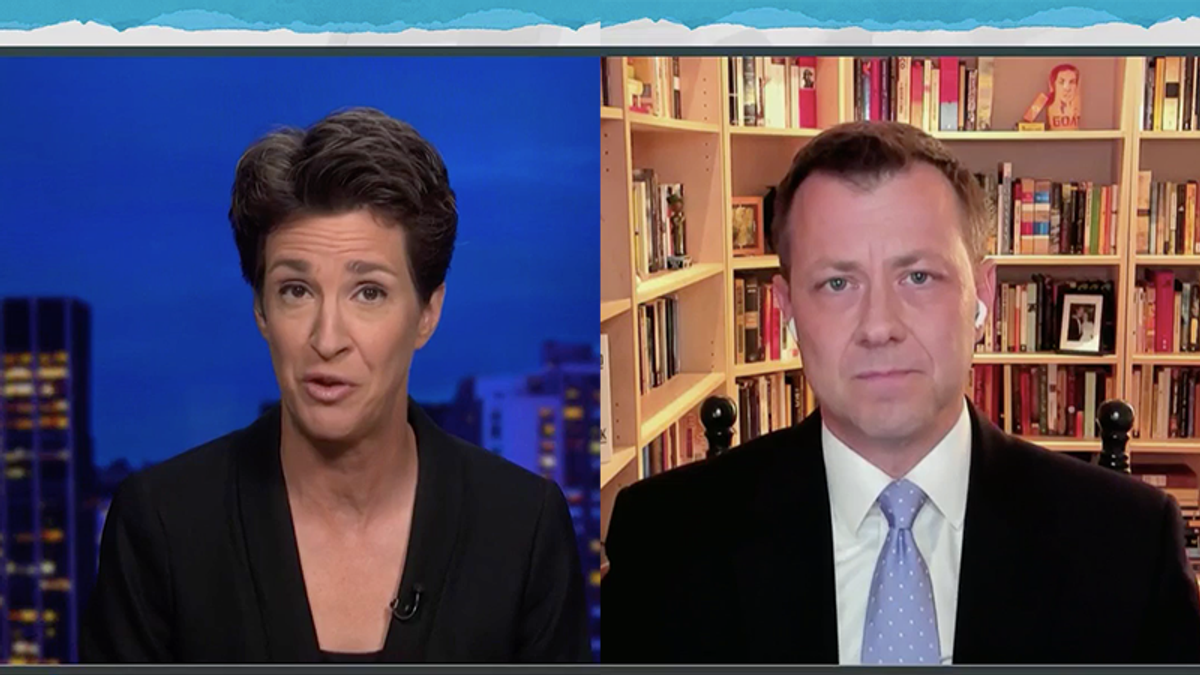 Tuesday night Rachel Maddow connected the dots on the new indictment of Donald Trump's ally Tom Barrack for effectively being a foreign agent for the UAE.

Maddow noted that CNN reported Wednesday night that the prosecutors in the case had all of the evidence necessary to charge Barrack last year, but were waylaid by the U.S. Attorney overseeing the investigation.

"Prosecutors wanted to move forward on the case and believed they could obtain an indictment, one source familiar with the matter said. The source said the investigation was mostly done well before the time period when prosecutors are discouraged from advancing politically sensitive matters ahead of an election," reported CNN.

"But two sources tell CNN the US attorney in Brooklyn at the time, Richard Donoghue, expressed misgivings about the case. It's unclear if he delayed the case outright or if prosecutors chose not to move forward at the time knowing the US attorney would not support it," the report continued.

After Richard Donoghue expressed those misgivings, the prosecutors sat on the information. Richard Donoghue was then promoted to a top deputy position under Attorney General Bill Barr at the Justice Department.

"What CNN is reporting here is that federal prosecutors had their case last year," Maddow explained. "They had enough to charge Barrack last year. But this Trump-appointed U.S. Attorney apparently wouldn't let the charges be brought. Then he was brought to Washington and given a big promotion and made a senior leader at main Justice. Only after a new president took over and the Trump appointees got out of there was the case able to go ahead. But reportedly it's unchanged in character since the time they first put it together, it was just delayed and for a long time."

Maddow noted that she does take issue with the characterization CNN had for the indictment, saying that she's seen a lot of media outlets make this mistake. Maddow explained that this isn't actually a lobbying case, it's under federal statutes that name him as an "alleged agent of a foreign power." It's closer to calling someone a spy than a lobbyist. She noted it was the same penal code under which Maria Butina was charged previously before she was shipped off back to Russia.

Peter Strzok joined her, agreeing with her assessment that there is a national security and counterintelligence way of looking at the Barrack indictment.

"If you look at the indictment in April of '18, one of the three individuals from the UAE — or one of the three who was indicted, he's interviewed by the FBI," said Strzok. "Three days later, according to the indictment, he flees from his home in California where he's been living, goes overseas, and never returns to the United States again. He is intimately involved with not only Mr. Barrack but very senior high-ranking officials within the Emirati government. The moment he returns, it stands to reason that he is going to tell everybody he's been working with exactly what went on, what he was asked about by the FBI, the nature of the questions about his relationship with Mr. Barrack, the nation of the interactions between the White House and Mr. Barrack. and everybody that matters that he's been working with at the UAE knows what happened."

Strzok explained that it's clear that the UAE was likely watching for the announcement of the indictment or the arrest, but nothing happened, so "they know that there's something going on."

"They know that there's something really horribly politically damaging if it gets out, well, guess what, that gives the Emiratis leverage over not only Barrack but all the folks he's been dealing with in the White House," Strzok went on. "And guess what? Communications are no longer anywhere in this world where it's just between the two people who are talking. So if say, the Saudis were listening in on those conversations, if the Qataris were listening in on those conversations, if the Russians were listening in on the conversations, everybody who was aware of what was going on, suddenly by virtue of that information has leverage to be able to influence the actions of President Trump — the people around him and certainly Mr. Barrack and those people who allegedly were involved in the scheme with him."

"And think of all the things we still don't know because we haven't yet done a really thorough look at all the different things that were going on by the administration from a counterintelligence perspective," he said.